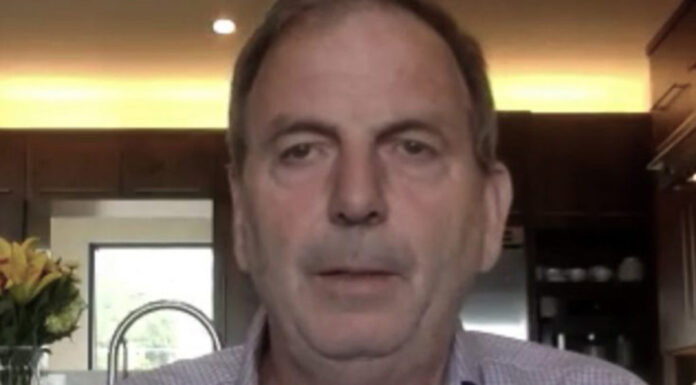 The Democratic Super PAC, The Lincoln Project, claims to stand for everything right and just in a democratic society. They say the group’s moral fiber is second to none. Well, cofounder John Weaver just proved how the organization is full of hot air by admitting he has inappropriate conversations with minors of the male variety.

In a prewritten statement to the “Washington Free Beacon,” Weaver said, “The truth is that I’m gay. And that I have a wife and two kids who I love. My inability to reconcile those two truths has led to this agonizing place.”

It’s one thing for a person to openly admit they are gay, but attempting to force their sexual desires on people who have no interest is loathsome, whether they be male or female.

Just recently dozens of young men have accused Weaver of sexual misconduct, including inappropriate text messaging and phone conversations. Weaver has also been accused of grooming young men for successful political careers in exchange for sexual favors. On this count, he said the men are lying.

Thinking the young men were on the same page as him, Weaver now admits his mistake. “To the men I made uncomfortable through my messages that I viewed as consensual mutual conversations at the time: I am truly sorry. They were inappropriate and it was because of my failings that this discomfort was brought on you.” One of his emails even included a non-solicited pic of his penis.

Weavers statement said, “While I am taking full responsibility for the inappropriate messages and conversations, I want to state clearly that the other smears being leveled at me … are categorically false and outrageous.” He said the allegations were fabricated by critics of the Lincoln Project and were made for nefarious reasons only.

His statement also read, “For too long I have tried to live a life that wasn’t completely true, where I cleaved off an important part of myself in order to maintain what I thought was happiness and normalcy in the other part. I was lying to myself, to my family who gave me nothing but unconditional love, and to others, causing a great deal of pain to all.”

Forced to acknowledge the actions of their colleague, a Lincoln Project spokesperson said, “John’s statement speaks for itself.” This is all they said, but it’s not unlike the organization to deflect and dodge any and all negativism that comes their way.

Please understand, had this been a Republican who had stepped forward to admit the same thing Weaver did, the liberal media would have painted the headline in dayglow colors and the folks at the Lincoln Project would be hooping and hollering with delight. But, he’s one of theirs.

Weaver concluded his statement by saying, “I hope that by telling the truth at long last my family and I can move forward. I plan to continue the unfinished fight for liberty, justice and human rights for all that has been my life work.”

This is all good and well Mr. Weaver but what is now to become of the young men you have forever damaged and perhaps destroyed any notions they had of one day becoming an upstanding politician? Now that he’s been caught he’s sorry? If he hadn’t been he would still be doing the same thing. Funny how this works.

Weavers’ crimes and the Lincoln Projects response only serve to further discredit this bogus organization run by pissed-off Democrats who didn’t get their way.