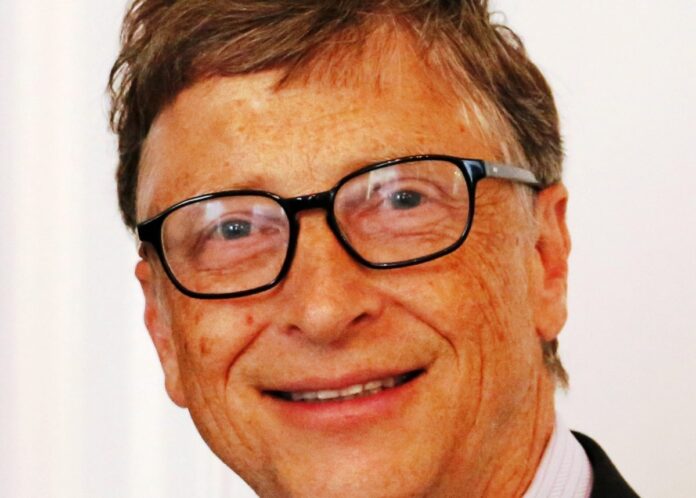 Bill Gates has been one of the more slippery characters throughout the course of this pandemic. It is very hard to understand his true motivations and anyone who claims that they do is lying to themselves. For example, his latest maneuver is sure to have lots of people scratching their heads. Successful Farming has more about this venture.

“In 1994, the Gateses hired the former Putnam Investments bond-fund manager to diversify the couple’s portfolio away from the Microsoft co-founder’s 45 percent stake in the technology giant while maintaining comparable or better returns.

According to a 2014 profile of Larson in the Wall Street Journal, these investments include a substantial stake in AutoNation, hospitality interests such as the Charles Hotel in Cambridge and the Four Seasons in San Francisco, and “at least 100,000 acres of farmland in California, Illinois, Iowa, Louisiana, and other states … .” According to the Land Report 100 Research Team, that figure is currently more than twice that amount, which means Bill Gates, co-founder of Microsoft, has an alter ego: Farmer Bill, the guy who owns more farmland than anyone else in America,” they report.

Why does a guy who made mega billions off Microsoft need to start buying up this amount of farmland? This is a man who was once able to stick to his personal area of expertise but now he’s decided that he is the czar of vaccinations. In fact, he has been offering his own explanations on how to handle the virus for some time now.

He went on CNN and told them that the nation should keep all of the bars and restaurants closed for the next 4 to 6 months, at least. This summer, he claimed that there is no way to return to normal until everyone has received their vaccinations. He also believes that we may require multiple vaccine doses before this elusive normalcy can be restored.

The fact that he is recommending these vaccinations while buying up large amounts of farmland, should be enough to make anyone suspicious. When no one is willing to go on record about what these types of purchases are being made, that allows speculation to run rampant. Is he going to be offering this farmland to the Chinese? Will conservatives be cut off from the food supply when his nefarious plan comes to fruition?

To be fair, Gates doesn’t seem to be hiding too much. He has already posed for magazine covers about the topic. However, these purchases seem like they are being kept vague on purpose. This has caused some to worry that he is trying to put an end to family farming. Perhaps Gates is looking to push rural residents into the larger cities so that our reliance on Big Tech will only become more pronounced.

When there are this many reasons to be afraid, it’s time to wonder why the mainstream media is so quick to sweep these stories under the rug. A multi-billionaire has decided to gobble up some of the priciest farmland in the country and people are supposed to act like this is business as usual. Until Gates is ready to come forward and offer a real explanation, people need to remain skeptical.

The timing of the purchase seems a bit odd when you consider his pro-vaccination crusade of the last year. If we had to guess, we would have to assume that Joe Biden is probably directly involved in this scheme as well. He’s never going to miss out on a chance to potentially line his pockets and be in the mix when something unsavory is taking place.

We anxiously await further word about the farmland purchases. Gates has had a lot to say on any mainstream media outlet that will have him over the course of the past few months. He needs to be just as ready to flap his gums about this major purchase that has so many working-class Americans anxious at the moment.