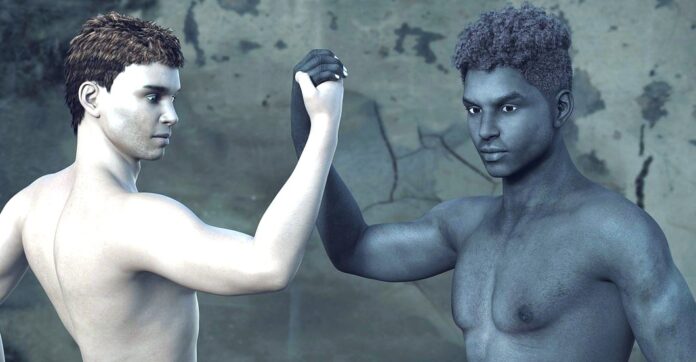 The so-called educated professors in higher education have once again stated something that makes absolutely no sense at all. Peter De Costa is a professor at Michigan State University. He has come to the absurd conclusion that if a person cannot understand another because of an accent, then they’re are racist to the core.

The lunacy that De Costa is proposing regarding what he calls “linguistic racism” is nothing more than another liberal attack on commonsense. The linguistics and education professor has just accused the entire country of being racist because of the language barrier that exists between people in America.

De Costa tries to hide his disdain by stating that “Linguistic racism occurs when acts of racism are perpetuated against individuals on the basis of their language use. Victims of such racism are generally speakers of languages like Spanish or Arabic, or varieties of a language, like African American Vernacular English.”

De Costa desires that America change its language not to be White orientated racial towards people who speak multiple languages. He stated boldly that “These languages and variations are undervalued and seen as inferior to dominant, mainstream languages, such as standard English used predominantly by white, affluent members of society.”

The sad attempt by the liberals to racially charge every aspect of life is underway. What he says is that “These racist acts can be overt or covert in nature. On an overt level, speakers may be openly mocked by others. On a covert level, they may be told that they are unintelligible because they speak with an accent, for example.”

This stoned professor makes it sound like racism has been covertly and purposely done towards people for years. But nowhere has he mentioned it done towards white people. He is in favor of criminalizing white people and branding them as racist just because they have a hard time understanding a person with an accent.

He went on to say that “Speakers of minoritized languages have been told to undergo accent reduction training so they can become intelligible and therefore be understood by others. These offers are masked under the guise of giving speakers ‘friendly advice’ and framed with the supposedly good intention of helping them advance socially.”

The estranged professor even attacked the wording of the China virus. He blasts away at people that believe the virus came out of China. He is clearly siding with the communists on this issue.

He maintains that “Acts of linguistic racism could take the form of comments like, ‘Could you please repeat what you said? I don’t understand your thick accent.’ Or, if someone openly says only English is to be spoken in the workplace — despite the fact coworkers might be multilingual. Another example is when someone interrupts a conversation to correct the grammar or vocabulary of minoritized speakers.”

In his own version of the perfect world, the white man is eradicated, and everyone else speaks the same dialect. Language barriers are what makes America unique. The effort that millions have every day to overcome those difficulties and to understand a fellow American is what makes America great. To remove that unique feature is to strip America of a vital element of what defines the nation.

America is a nation of culture. It is a nation made up of people that have come together from all other parts of the world. The liberals miss that point. They insist on living in the past and stoking the fires of division and racism.

The professor that would racialize America based on how they sound or what they say is missing a lot. He has not engaged in a complete study of languages in America. The only thing that he may have been right on is that making fun of another person because of the way they talk is wrong. But he never did condemn that way of talking because he knows that he would be guilty of it by accusing millions of being racist.