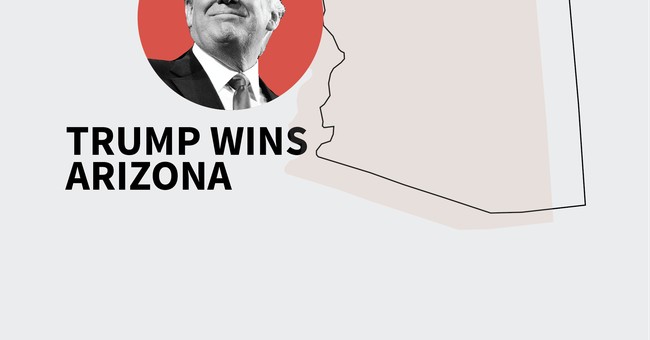 It’s a good thing to review some “irregularities” in the 2020 election that have already been uncovered by intrepid analysts, as some of the questions that the Arizona audit needs to answer are pretty obvious. Let’s get started.

This article previously examined the two yuuuge ballot dumps within minutes of the polls closing in Arizona on Election Day night last November:

Two massive vote dumps occurred in just over an hour after the Arizona polls closed totally ~625,000 and ~1,473,000 votes, respectively.

How is that possible without some funny business associated with ballot counting and adjudication?

Then there is this graphic compiled by retired senior DoD analyst Ray Blehar that summarized the differences between 2016 and 2020 voting results and identified missing write-in votes. His detailed analysis at the link that contributed to the graphic is very illuminating.

The questions are obvious:

Why don’t the certified vote total and the county totals reconcile (a 9,999-vote difference)?
Where did the ~106K decline in minor party ballots from 2016 to 2020 go?
How could there be 628,034 more absentee/early votes counted than reportedly received?
How could there be zero write-in votes in over 3 million total ballots cast in Maricopa County?

Then there are the very strange irregularities pointed out by Seth Keshel (former US Army captain, military intelligence, and a protege of Gen Flynn). He has been conducting demographic analyses of voter registration data in order to analyze voting patterns and the irregularities in many states (including Red ones). Here is an excerpt about Arizona from his Telegram account (@RealSKeshel):

Remember: Maricopa hasn’t been blue since 1948 It was even red when Bob Dole lost Arizona in 1996, the first loss since 1948. Trump won Maricopa in 2016 with fewer votes than Romney Trump decided to set a GOP record by gaining 248,000 additional votes from his 2016 total just so he could lose the county for the first time in 72 years Dems have never gained more than 116,000 new votes in Maricopa. So it’s totally natural of course, for Biden to come in 338,000 over Clinton to BARELY win the state. Why? He needed every one of those votes. They appear to have known the score of where Trump would come in, which is why they awkwardly counted a few batches of votes per day until they ran out of them.

Keshel’s irony in the last few sentences highlights a virtual impossibility: there is no way that The Hologram – who was an absentee candidate, and who drew minuscule crowds when he did leave his basement to “campaign” – received 338,000 more votes than Hillary Clinton did! No way, that is, without some serious monkey business behind the scenes on his behalf. Where did those votes come from?

What about those routers and passwords that have been withheld from the auditors by Maricopa County? There is no real reason for that stonewalling other than there has to be something very important that “must remain hidden,” e.g., that – as alleged – the election management servers were actually connected to external networks and/or the internet. Why not provide the routers and passwords if, as Democrats claim, “the 2020 election was the most secure in history”? Why are they stalling?

What will the Arizona audit reveal? That there have been no leaks from the audit team is an excellent sign that security is tight, which debunks Democrat claims to the contrary. If the audit wasn’t professionally being conducted, the leaks would have been nonstop from the very beginning, accompanied by the usual Democrat-media spinning. All the likes of AZ Secretary of State Katie Hobbs (D-Soros) can do is disparage the auditors without evidence and coordinate with other states in demanding that states’ attorney generals “investigate the auditors” and whistleblowers. Acts of desperation at this point!

Patience is a virtue, ostensibly. We will have to wait and see what the auditors have found.