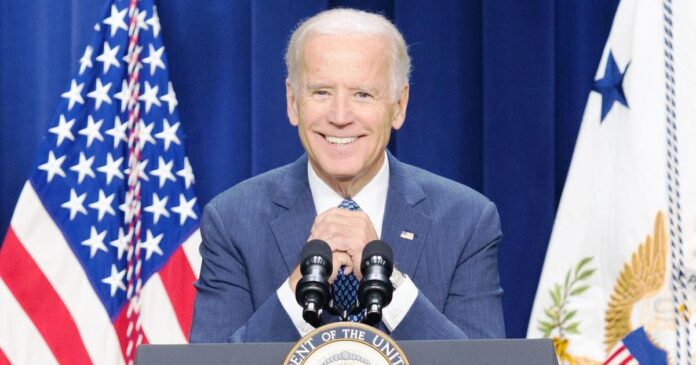 The previously announced travel plans from the State Department stated that Kelly Craft, the U.S. Ambassador to the United Nations, was supposed to be on her way to Taiwan by now. She was going to take a three day trip to the country to discuss various economic and trade possibilities. This trip did not take place. Why was it suddenly canceled?

Right now, there are all sorts of enhanced protocols at the airports. Security is also tighter in Washington, D.C. at the moment. Some may believe that these are the reasons for the canceled trip. However, this decision has nothing to do with COVID-19 or enhanced security measures. The reason is actually much simpler than some may have realized.

Craft is not the only one who has been told to stay home. The entire State Department was given similar instructions. Mike Pompeo claimed that the decision was made as a means of assisting the Biden administration with the transition process. Free Beacon is here to reveal the real truth, though. It’s a doozy.

“A cancellation of all travel by the U.S. State Department this week includes a planned visit to Taiwan by U.S. Ambassador to the United Nations Kelly Craft, a State Department spokeswoman said on Tuesday.

Craft had been due to visit Taiwan from Wednesday to Friday, prompting China to warn that Washington was playing with fire. Secretary of State Mike Pompeo said on Tuesday that all travel this week had been canceled, including his own trip to Europe, as part of the transition to the incoming Biden administration…

Craft’s Taiwan trip appeared to be another part of an effort by Pompeo and President Donald Trump’s Republican administration to lock in a tough approach to China before Democratic President-elect Joe Biden takes office on Jan. 20,” Free Beacon reports.

The Trump administration locked in the trip as a means of making sure that they are able to maintain a tough stance on the Chinese before Biden comes in to weaken it. The Chinese Communist Party was opposed to the trip, though. One of the Chinese delegates from the United Nation referred to the trip as “crazy, irrational behaviors of certain people.”

According to the delegate, the Trump administration is also responsible for “creating obstacles for the relationship between China and the United States.” Taiwan tried its best to remain diplomatic about the situation and they are hoping that the United States will be willing to come for a visit when things are more appropriate.

There is one aspect to this story that is a bit strange to us. President Trump doesn’t really have to go along with any of this. He could have insisted that the trip still go on anyway. On the other hand, there’s a good chance he has already checked out. Everyone knows what it is like when you’re in the last week on a job. It can be hard to concentrate when you are not sure what comes next.

Trump would be forgiven for zoning out and letting the clock run out on this wild adventure. The events of the past week or so should give him plenty of motivation to do so. We are going to go out on a huge limb and assume that he is not too invested in the day to day of the State Department at the moment. So did Pompeo make this decision on his own or did the word come down from Biden’s team?

We hope that it was the former and not the latter. Sadly, we can read the tea leaves in the meantime. Biden is going to pull the same type of apology tour that Obama went on. America has been naughty, you see, so now Biden and his cronies will need to travel the world and say sorry. Biden doesn’t seem to be willing to fight too hard on Hong Kong’s behalf. Taiwan is going to experience more of the same.