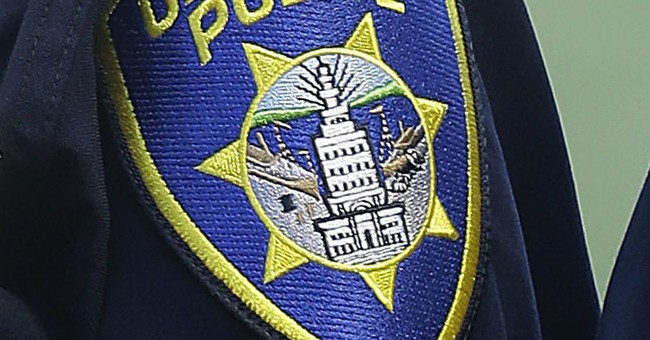 We mentioned before the story of the city of Oakland, California, that despite the rise in crime there, as in other, afflicted Democratic cities, the city council moving money away from what the police chief thought was needed. Oakland Police Chief LeRonne Armstrong delivered a very impassioned response on how this is going to hurt his effort to bring crime under control.

So that’s left the chief in a tough spot. What’s he going to do to help reduce crime? To him, it isn’t about politics, but doing what he can to save lives.

He has decided to reach out to the community and see if he can get a little more community involvement to help in the effort. What kind of help might he get? It’s a pretty progressive city, but it looks like a lot of people are sick of all the crime.

The chief actually drew a lot of people to come out for such an event — about 200, mostly black families showing their support, calling for an end to the violence. The group includes parents who have recently lost children who had been gunned down; the names of the murder victims were read at the event, becoming an effective memorial to remember those lives and fight to stop more lives from being taken.

But they aren’t the only folks who came out. The gathering got disrupted by a small group of mostly-white Antifa people, who came to yell and jeer at them.

The Antifa people are disconnected — because they’re really not about black lives as much as they are about the Marxism. Getting together with police to actually do something and save black lives gets in the way of pushing that.

The Antifa folks tried to drown out the speakers. But the black folks fighting to save people’s lives let the Antifa folks have it — and they weren’t shy about it. They gave the Antifa people the tongue-lashing they deserved.

Great job, folks! That’s what’s needed — to call out the Antifa frauds for what they are. They don’t give a hang about black lives. It’s all about their agenda and how they can use people to get it.