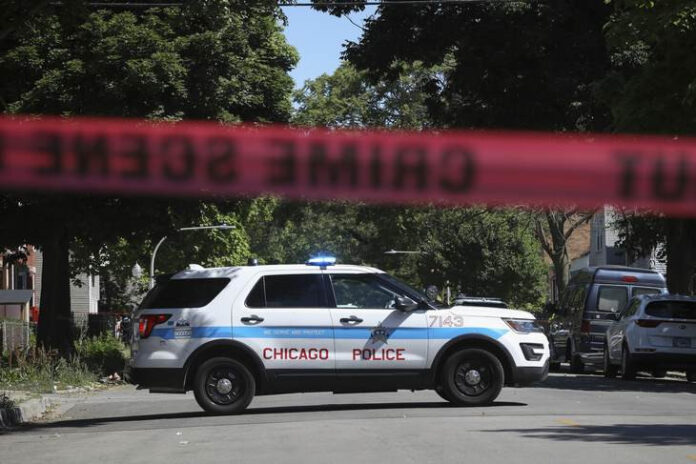 The liberals running the show in Chicago have decided that limiting the Fourth of July celebrations is more important than protecting people from being murdered by criminals. The Democrats that are slowly destroying Chicago have taken their fight a step further. Their reluctance to support the nation that gives them freedom is a slap in the face of all those who have served or are serving in the military today.

The Fourth of July is strictly an American holiday that celebrates freedom and independence from tyranny. Instead of joining in on the celebration, the Democrats and liberal media took to the streets to attack anything that represents freedom or national patriotism.

The Democrats wanted to brand the national anthem and the Declaration of Independence as racial parts of America even though they both represent all the freedoms that every person of color gets to enjoy. The very entities they want to destroy guarantee that racism and other oppressive elements.

The liberals have a warped reality that seeks to destroy all that is great about America. They have never lived in oppression or under the thumb of an evil dictator. Their tune would be different if they would spend one week living under such evil rule. They would appreciate the country more and those that serve to keep everyone free.

The loony thinking of these people is found in a statement released by one of their favorite sources. National Geographic stated that “Scientists found that vulnerable people and communities of color are disproportionately exposed to air pollution from firework celebrations.” So, the smoke from the fireworks somehow makes the day a racial event.

Scientists found that vulnerable people and communities of color are disproportionately exposed to air pollution from firework celebrations https://t.co/L0FQgthTAK

The liberals paid someone to sit down and publish a piece of worthless trash so that they can attack freedom.

These are the same people wanting to educate children about a new version of history that claims the Fourth of July is about slavery. It could not get any more made up than what they are already trying to push on people.

The liberals are more interested in the amount of smoke released from a firecracker than doing something about the murder rate in Chicago. The Democrats are content to sit on their hands and do nothing to protect the people that they perceive as the guilty party behind the formation of the United States of America.

Each Democrat in Chicago wants to divide their city. They are more interested in keeping their neighbors from setting off fireworks than stopping the murderer from killing the teenager crossing the street. Chicago is a place where murder is commonplace because the Democrats refuse to support law enforcement enough to do their job.

Video of the mass shooting tonight at 66th/Halsted. Seven shot, including a one-month-old girl, by gunmen who emerged from a black Jeep Cherokee with rifles. #Chicago pic.twitter.com/39evfBmnN9

Over the holiday weekend, 92 people got a bullet from the end of a gun in the city. Sixteen people were killed. And what do the liberal leaders want to do about it? Nothing. They are more interested in telling people that smoke is racist than protecting people from real murderers.

Some of the people that were shot were preschool-age children. And all the liberals can say about it is nothing. Law enforcement is also targeted to defend innocent people trying to enjoy the holiday season.

The fact is that the leaders in Chicago are just as bad as the gang members attacking random people. But in a city where leaders do not care about anyone but themselves, crime will rise, and people will die.

The Chicago landscape is full of violence. When an adult brutally shoots a one-month-old baby, and nothing is done, people cannot help but blame the Democrats. They have done things that have led to the massive crime rates being reported from the Windy City.

Joe Biden and his decisions to harm America by limiting law enforcement and defunding police departments. He wants a country divided because he hopes it will fall.

The Democrats running the show in Chicago have no clue what their job is related to the American people. For some reason, they feel that people should serve them, but they are supposed to serve others as elected officials.