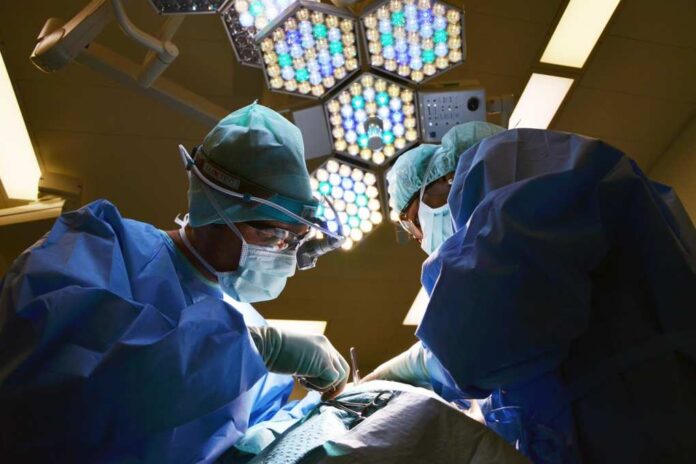 According to the rules of war as outlined in the Geneva Convention medical personnel are not to be fired upon in battle. Their only purpose is in attempting to save the lives of the very ones the enemy is trying to take and they are to be permitted to do so without interference. Logically, it makes little sense since the purpose of war is to kill as many of the enemy as you can until they’re all dead or they give up and surrender.

The country of Myanmar is not included in the Geneva Convention, and technically they’re only at war with themselves so it wouldn’t apply anyway. But based on their government’s recent actions they would want no part of the silly notion anyway. Why allow medical workers to save the very lives you’re trying to take? Where’s the sense in that?

Myanmar’s military, with the assistance of the national police force, is on a hunting expedition. Physicians were deeply opposed to the bloody coup that put the Junta in charge of the country last February. Security forces have been directed to seek out and arrest or kill, at their own discretion, any and all medical workers. The newly imposed government has declared them enemies of the state.

Amid a raging out-of-control pandemic, medical workers have been forced underground. If you’re injured and don’t know the right people to help you find them, tough luck. It has to be this way.

A doctor from the city of Yangon who has managed to stay one step ahead of his hunters said, “We believe that treating patients, doing our humanitarian job, is a moral job….I didn’t think that it would be accused as a crime. The junta is purposely targeting the whole healthcare system as a weapon of war.” Though he somehow escaped from a recent raid, all of his colleagues were arrested.

One such underground clinic that sprung up at a deeply hidden monastery was discovered by security forces who moved in for the kill. As bullets flew, a younger man who was returning fire from the monasteries doorway took one in the throat. Medics dragged him inside and attempted to stop his hemorrhaging to no avail.

Knowing it was the doctors and the medical staff who the deadly stalkers were after, two of the injured patients smashed out several back windows to help them escape. As the doctors and nurses shimmied their way out to safety all they could say was, “We are so sorry.”

They took refuge in an apartment complex but many of them were too afraid to return to their homes where they knew the fate that awaited them. They were certain their would-be assassins knew where they lived.

One of the escapees who is still a medical student said, “I cry every day from that day. I cannot sleep. I cannot eat well. That was a terrible day.”

With a population of 54 million, the countries seizure by its military forces has been deadly, relentless, and heartless. There have been reports of a six-year-old girl being shot in the stomach at point-blank range, and the latest figures estimate that 5,100 citizens are being held in captivity as political prisoners who protested against the new regime.

As a gruesome reminder of what happens to protestors, the military has in some cases returned dead and mutilated bodies back to their families, dumping them at their front doors. The Assistance Association for Political Prisoners has confirmed that thousands have mysteriously disappeared.

Because of the recent attacks on medical workers, the World Health Organization has deemed Myanmar as the most dangerous place in the world for anyone in that profession. As doctors, nurses, and aides, are picked off so go the citizens with no one left to patch their wounds.

Generally, unhumanitarian acts such as those being carried out in Myanmar are met with resistance from other concerned nations who step in to quell the evilness. So far Myanmar is on its own, but for how much longer?