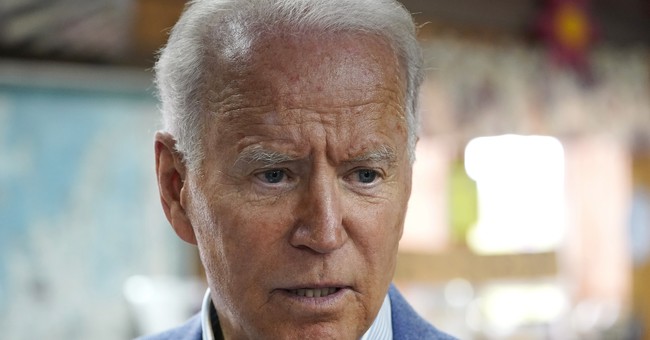 People have been pressing for an answer on what the federal government is going to do to help the thousands of Afghan interpreters who worked with our military and whose lives are in danger in Afghanistan as the U.S. prepares to pull out. They put their lives on the line to help America and now America has a duty to make sure they are safe.

I wrote about this problem back in May, noting that we only had a limited time frame to get them out and the window was rapidly closing. The final pull-out is now planned for next month, but as the U.S. has pulled out of various answers and the Taliban has taken them over, it’s making the situation harder to save them and putting the interpreters in danger.

“They’re being hunted down right now as we speak. They are reaching out to me, these interpreters, in a panic,” Rep. Mike Waltz (R-FL) said in May when the situation was already dire. Waltz was a Green Beret who served in Afghanistan.

Veterans like Waltz have been demanding answers for months.

So has the situation advanced any since then? Does the government have a plan to get them out?

Joe Biden was asked about it today. He was asked why the interpreters can’t be evacuated to the U.S. to await their visas being processed the way that Biden has now allowed to happen for illegal aliens at the southern border who claim asylum. Obviously, their lives are in danger if they stay in Afghanistan and they undoubtedly qualify for asylum.

Biden’s response? “Because the law doesn’t allow that to happen,” Biden replied.

So “the law” doesn’t allow that to happen despite the commitments we made to the interpreters, despite their service, and despite the fact that they actually are in real need of asylum because otherwise they will be killed by the Taliban. But Biden lets in random illegal aliens who have done none of that simply because they declare ‘asylum’ after they illegally enter. Is it just me, or is that an insane response? “The law” doesn’t allow illegal aliens to stream in, but Joe Biden doesn’t seem to give a hang what the law is when it comes to the southern border. He doesn’t let it stop him from doing whatever he feels like. Different rules depending upon the political narratives of the Democrats.

“And that’s why we’re asking Congress to consider changing the law. But in the meantime, we can guarantee their safety if they wish to leave by taking them to third countries,” Biden said, then tripping over the rest of his sentence and losing track of what he’s trying to say, yet again.

So let’s wait longer as the clock ticks and as the Taliban takes over more territory and kills more people. Although Biden at least now appears to realize there’s a problem that needs to be addressed (after ignoring it for months) and they’re talking about getting people out to third countries in Central Asia “starting this month.” But they don’t appear to have settled on specific third countries or how many people they would need to get out. It was stressed that it’s “still early” in the planning and “no decisions have been made.” Why isn’t the safety and evacuation of these interpreters an integral part of the plan?

Can we stop the dilly-dallying already and get them out now? Or do we have to fly them to Mexico and let them walk across?