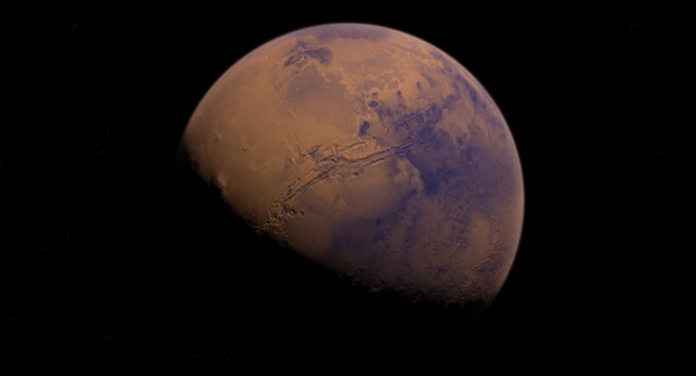 Earth isn’t looking too good. There’s a virus that’s circulating the globe and killing millions. There are wars erupting on every continent. The ozone is depleted and we’re dealing with global warming. And here in the United States, we can’t even agree that there’s no systemic racism.

Can we just start over on a new planet?

Elon Musk has a plan – and he’s discussing selling all of his properties to finance the colonization of Mars.

We’ve all seen the sci-fi movies that show that Mars is a new beginning. If Matt Damon could do it, so could we…right?

Elon Musk dreams big. As the founder of both Tesla and Space X, he understands that it takes a big investment for a big project. Populating Mars may actually happen in our lifetime – if there’s enough money and enough tech to make it happen.

Colonizing another planet isn’t going to be cheap. How much will it take? Well, since it’s never been done before, there’s no way to even guess at how much is needed. However, his net worth is somewhere around $180 billion, so that’s a good start.

The 49-year-old businessman believes it’s important for humanity to be a species that creates a space civilization and lives on multiple planets. He wants to contribute to the resources that it will take to build a city on Mars. He’s not your average billionaire – he doesn’t take vacations and he doesn’t own a yacht. Instead, he invests back into tech and making the world a better place to live.

What would life on the red planet look like? For the most part, it would start out very simple. It takes time to get a space shuttle to Mars – around seven months. Additionally, only so many materials can fit in a shuttle at a time. It takes money to get every shuttle to launch, too.

In order to get enough materials to the planet in order to build a city, it would require countless shuttles. NASA estimates the cost to launch a single shuttle at $450 million. That doesn’t even take into consideration the cost of building the shuttle.

No one’s actually made it to Mars yet. We’ve sent Rovers, sure, but no astronaut has set foot on the planet. If Musk gets his way, it will happen within the next four to six years.

Colonizing Mars requires a bit more effort. It would involve some of the greatest minds in the world. Botanists, biologists, engineers, and others would be a part of the colonization. This means that the Mars colony would be filled with geniuses, in theory. Their children would grow up as Martians and, potentially, also be smart.

It would be a significant change to what we’re dealing with in the United States and around the world. There wouldn’t be battles based on religion or land or gender or race. Instead, because the human race still has a tendency to be petty, the battles would be about scientific advancements and taking risks that are too risky.

Still, it holds promise. Maybe we can finally be the human race that we all think that we can be. We can get rid of the political hostilities that are found not only in the United States but also around the rest of the world. We can all work toward a greater good and live our lives without worrying about openly saying that we support Trump or whatever GOP member rises up next.

Elon Musk has risen to the challenge, but who else is willing to throw in billions of dollars of funding? There aren’t too many people stepping forward – and that’s the problem right now.

If we’re ever going to ditch Earth, it’s not something that any of us will see in our lifetime. Mars simply has too many variables and “what if” scenarios. It’s a nice thought, though. No matter how much we may screw up this planet, there’s always the dream of getting a fresh start on the next planet over.