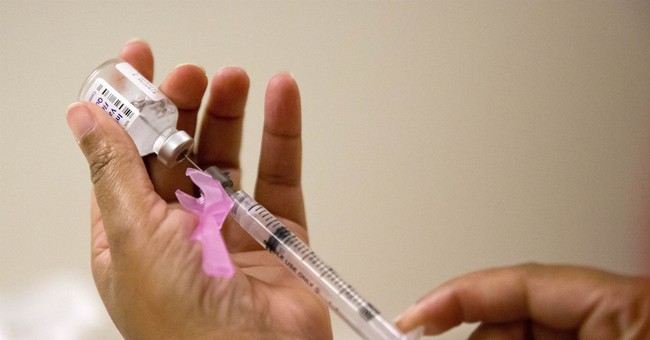 While COVID-19 raged, we saw story after story come out about the flu being almost entirely wiped out during the usual flu season, which typically rages on from late autumn through winter. In fact, a lot of winter illnesses occurred at much lower rates this past winter, causing some to speculate that COVID cases numbers were being fudged using flu cases as COVID cases.

Having talked to numerous health professionals, it appears that what we likely saw was actually a myriad of health precautions for the novel coronavirus actually suppressing the spread of the usual winter viruses.

Doctors’ offices are seeing cases of the flu, RSV, and other illnesses typically seen in the cooler parts of the year, and the numbers are rising across the country. Since we as a country spent our winter masked, using a ton of hand sanitizer, and basically living our most sanitary lives for fear of the pandemic, the more common illnesses didn’t have a chance to spread as they usually do.

And because people stopped going to doctors’ offices for wellness check-ups during the height of the pandemic, we’re very likely looking at either a stagnant distribution of flu doses or even a dip (the CDC does not have currently have numbers for the 2020-2021 flu vaccine doses). So fewer people are likely vaccinated against the flu this year.

So with a rising number of flu cases as well as other illnesses, doctor’s offices – especially pediatric clinics – are being hit hard with cases, and I’ve even heard reports of some places being understaffed at times because doctors and nurses themselves are now being slammed with these viruses. It’s a bit of a problem, especially after more than a year of dealing with a pandemic.

The good news is that the COVID-19 vaccine appears to be doing more than just fighting the virus. It’s led researchers to push mRNA vaccine research into the fight against other illnesses.

The high efficacy of the mRNA COVID-19 vaccines made by Moderna and Pfizer / BioNTech was a major endorsement for this type of vaccine. Now, pharmaceutical companies plan to use this technology to fight other types of infectious diseases, including flu. The flu shots available each year in the United States are usually between 40 and 60 percent effective. The most common shots are made by growing the influenza virus in cells or chicken eggs, and then killing the virus so it’s no longer dangerous. It takes a long time to grow the virus, so companies have to start making the shots around six months ahead of time, based on predictions around which strain of the flu will be circulating that year.

Pharmaceutical companies hope that mRNA-based flu vaccines can be more effective than the traditional shots. Because they’d be faster to make, production wouldn’t have to start so far in advance, and they could theoretically be more closely matched with the type of flu spreading each season.

Moderna is the second groupto start testing its mRNA flu shot in human trials — Sanofi and Translate Bio kicked off a trial this summer. Pfizer and BioNTech have been interested in mRNA flu shots for a few years, and they’re pushing forward with those plans as well.

This is a very good thing in terms of the future of vaccines in the country. One of the things the mRNA vaccines for COVID-19 have shown us is that their efficacy is still really high even against variants of the original virus. So, if the mRNA vaccines are effective than the usual 40-60 percent and better able to fight against mutations of a virus, we could see those virus numbers stay low even when we’re not under a global pandemic.

We’re not going to return to a mask mandate simply because of the flu, and most politicians are now aware that they won’t even be able to get one to stick for COVID again. However, some of the other health precautions we’ve been taking for ourselves (the increased use of hand sanitizer, better practices at washing hands, etc.) will do a lot to mitigate this weird summer flu season.

Meanwhile, the future of vaccinations is incredibly bright, which is definitely something to be celebrated.