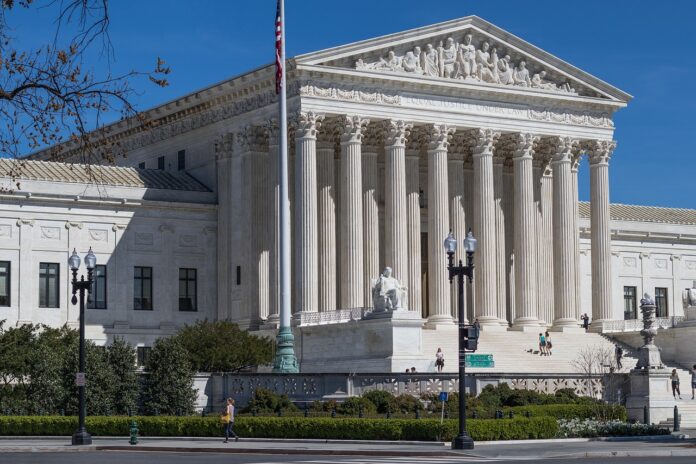 For several months the Democratic Party has taken changing elections laws to court in several states. They want to keep things the same to continue to cheat the same way they have done in past elections. But many Republican states are changing election laws to make them secure and safe to bolster voters’ faith.

After the 2020 election hijacking by the Democrats, many voters lost faith in the system. They surmised that the system is faulty, so there is no longer any reason to vote. People want to know that their vote counts for the person they want. But the Democrats want to take that choice away from them so they can manipulate future elections.

The state of Arizona changed its election laws to limit potential fraud and cheating by any party. Everyone would have thought that the Democrats would want safe and secure elections. But instead of supporting the laws, they decided to fight the changes. And the issue went all the way to the Supreme Court.

Mark Brnovich is the Attorney General for the state of Arizona. And he was excited to see that the Supreme Court ruled 6-3 in favor of their election laws. He stated that “Today is a win for election integrity safeguards in Arizona and across the country. Fair elections are the cornerstone of our republic, and they start with rational laws that protect both the right to vote and the accuracy of the results.”

The new laws in Arizona will make it a crime for a person to turn in another’s ballot. There are exceptions to the rule, but it will mean that they are breaking the law for most. It will also be illegal for a person to take a ballot from one voting precinct to another and try to turn it in. People will have to vote at a location near their homes.

Democrats started harassing the voting laws in 2016. They tried to make the case that the new rules violated the Voting Rights Act. They also tried to claim that ballot harvesting was discriminatory and that it should be allowed. Ballot harvesting is dangerous as it allows people to take ballots of deceased or people who have moved away and vote.

The matter went back and forth in the court system, being upheld and reversed by liberal judges for years. Brnovich noted that the Supreme Court stated that “…neither Arizona’s out-of-precinct rule nor its ballot-collection law violates §2 of the VRA. Under our form of government, legislators have a duty to exercise their judgment and to represent their constituents. It is insulting to suggest that they are mere dupes or tools.”

The Democrats are making a fuss about nothing. The state of Arizona has the right to change the laws to make them more secure. And there is nothing the liberals can do about it.

The ruling by the Supreme Court is going to allow for states to change their election laws to keep the Democrats from cheating in the future. The state of Georgia has already moved with filing a court case that will allow them to do what Arizona has done with their laws.

Brnovich noted that twenty other states have similar laws against ballot harvesting with exclusions for people that need help to vote or cannot get out of their homes to turn the ballots in. The Democrats may claim discrimination, but they fail to tell of the exception clauses that allow ballot helping to happen.

The conservative states are pushing back against the wicked attempt by the liberals to change things in their favor. They want to subvert the Constitution and put men and women under their boots so they can take all the power. Big brother government does not work well when states have the right to govern themselves. The only way the liberals can take control is to take authority away from state leaders.

Brnovich mentioned that “As state officials, we must all stand together to defend federalism and state sovereignty against federal overreach.” Biden’s overreach of power has come to an end related to controlling voting laws at the state levels. The Supreme Court has kicked the liberals in the stomach and told them to stop bullying people to get what they want.