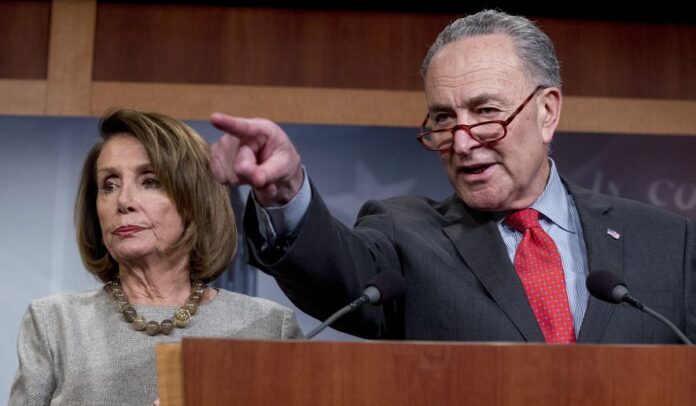 Cancel culture has reached the little man after what was no doubt a scary experience for liberals last Wednesday. Thanks to the million-plus political demonstrators that gathered in the nation’s capital, the country was able to see just how many people were moved enough to rally in protest of an election they believed to have been fraudulent.

One side effect of that rally was violence against a number of those inside the capitol building. While reports have been flying by those in attendance that it was not President Donald Trump’s supporters who began the violence, but rather Antifa infiltrators, the national news takeaway has allowed the left to canonize the rally as evidence of violent tendencies of so-called Trump supporters.

In addition to the typically expected beratement in the news and on social media, those involved in the rally and supporters of the president, according to The New York Post, Senate Minority Leader Chuck Schumer, a Democrat from New York, is pushing for a harsher punishment; putting attendees on the no-fly list.

The Democrat said during a press conference in Manhattan that he has spoken to FBI Director Christopher Wray twice in past days to make a case for the no-fly inclusion for those who frightened the congressional Democrats with their appearance in the government buildings.

“We cannot allow these same insurrectionists to get on a plane and cause more violence and more damage. These individuals are a threat to the homeland as defined by the law,” Schumer said according to the Post.

“The law says that acts of terror, like those perpetrated by the people who unlawfully and violently breached the Capitol, must be considered threats to the homeland. Once you’re considered a threat to the homeland, you should and must be placed on the no-fly list, plain and simple.”

According to the Post’s report, Schumer is doing his best to mead out the strongest possible punishment, demanding that the FBI, the TSA, and the Department of Homeland Security all take immediate action to ban anyone who entered the Capitol building unlawfully from being able to fly again, all in the name of fending off possible future threats.

The Senate leader did not address the videos of Capitol Police opening the doors and allowing visitors into the rotunda. He didn’t take on the facial recognition that identified Antifa and/or Black Lives Matter protesters that he has in the past congratulated as being the actual perpetrators. Only that statement was that it was an act of terror and those who are associated need to be punished.

“We know that many who stormed and breached the Capitol just days ago… traveled from afar. They were on airplanes and some were arrested when they arrived at airports, one person was arrested as far away as Hawaii and there are many examples of travel,” Schumer said.

“The attack on our Capitol remains under active investigation, the situation has many concerned about the possibility of another attack or attacks and rightfully so… the threats to violence cannot be allowed to fly and neither can these individuals.”

It’s not the same treatment for all those arrested at the protest, however. Conservative journalist Millie Weaver posted a video to Twitter of her interaction with a well known leftist protester who was arrested last Wednesday for inciting violence at the Capitol Hill protest.

“Just ran into John Sullivan the suspected BLM activist that was amongst the protesters that stormed the Capitol and was arrested yesterday. He appears to have been released!

“In a phone call, he can be heard saying that ‘no he’s not being charged.’”