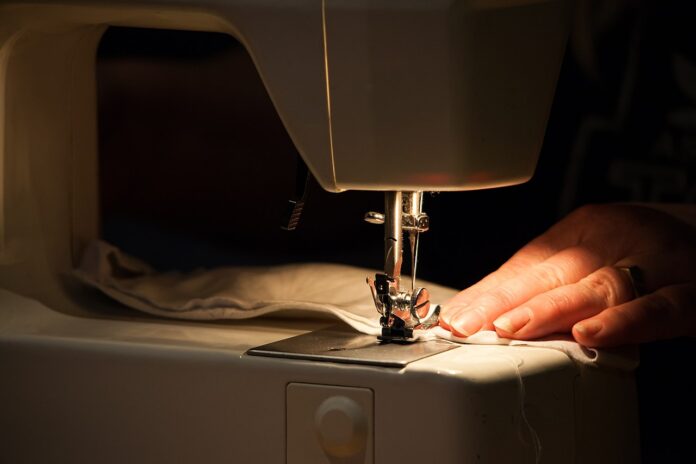 It’s no secret how China is deeply entrenched in the use of slave labor to assist in the manufacturing of items many Americans enjoy in their homes. The very shirt on your back may have been stitched by a worker who had no choice in the matter.

Republican lawmakers of the House Armed Services Committee are asking the State Department to call it what it is. It’s much more than slavery. China’s Uighur Muslim population suffers at the hands of their Chinese masters in ways unimaginable to those living in the free world.

Reps. Jim Banks (R., Ind.) and Joe Wilson (R., S.C.) say that herding humans into despicable concentration camps to live like animals and then forcing them to do tedious labor until they drop is nothing short of genocide.

“The CCP has engaged in a systematic and widespread campaign of violence, torture, detention, forced sterilization, and enslavement of the Uighur Muslim people in [China’s Xinjiang province],” they wrote in a letter addressed to the State Department. “Its actions reflect an intent to destroy, whether in whole or in part, this population.”

If the Trump administration in its final days slaps a genocide label on China, tensions between them and the US could conceivably escalate. In modern times the label is rarely applied, but should it be firmly affixed by the US, this would no doubt call for intervention. Exactly what type of intervention would rest with the incoming Biden administration so don’t expect it to be too rough and tumble with his love of eggrolls and all.

But since lawmakers are working in a bipartisan manner, along with various activist groups, to pressure President Trump into making the designation prior to his vacating the office, he just may very well, as he should, grant their wishes.

More than enough evidence has been produced of China’s forcing the Uighar’s into the wretched camps, and far worse. Those prisoners who resist or fall short of their assigned tasks are subjected to unspeakable torture, and in order to control the population, forced abortions under horrid conditions occur almost daily.

In the battle between Biden and Trump concerning who is tougher on China, a Biden spokesperson issued this statement. “The unspeakable oppression that Uighurs and other ethnic minorities have suffered at the hands of China’s authoritarian government is genocide and Joe Biden stands against it in the strongest terms. If the Trump administration does indeed choose to call this out for what it is, as Joe Biden already did, the pressing question is what will Donald Trump do to take action. He must also apologize for condoning this horrifying treatment of Uighurs.”

First things first. Donald Trump has never condoned the genocidal treatment of Uighur Muslim slaves. How ridiculous. Secondly, how long has Joe Biden been calling China out over this and what has he attempted to do about it? Is this a new stance for the guy whose been in DC for decades?

Banks said, “Our next move must be to condemn the CCP’s treatment of Muslims in Xinjiang as genocide because that’s the word that accurately describes what has been going on there. If the world turns a blind eye to what’s going on in Xinjiang, it will embolden the CCP to do it again somewhere else.”

In recent history, the term genocide has only been officially applied once when in 2016 Obama hung the tag on ISIS for their attempt at killing every Christians, Yazidi, and Shia Muslim residing in the Middle East. However, things could be different this time around. There may be no need for calling in the troops.

Rather than spark a bloody war where ultimately everyone would lose, this could be fought on the battlefield of economic relations. Or, the US could very well revoke the visas of every Chinese citizen living in the US, including their spies working in our universities and elsewhere.

The Communist might do okay at producing shirts, shoes, and that dreaded self-assembly furniture with undecipherable directions, but when it comes to technology, particularly in the art of designing warcraft and weapons and having the advantages of good old Yankee ingenuity, they need America more than we need them.

What the outcome of the Uighur slave issue will be is hard to say with being in the middle of a transition. The unanswered question is whether Trump will take one final swing at China on his way out, or will he leave it up to Biden to tackle that flaming dragon in the same way he never he’s never bothered to before?