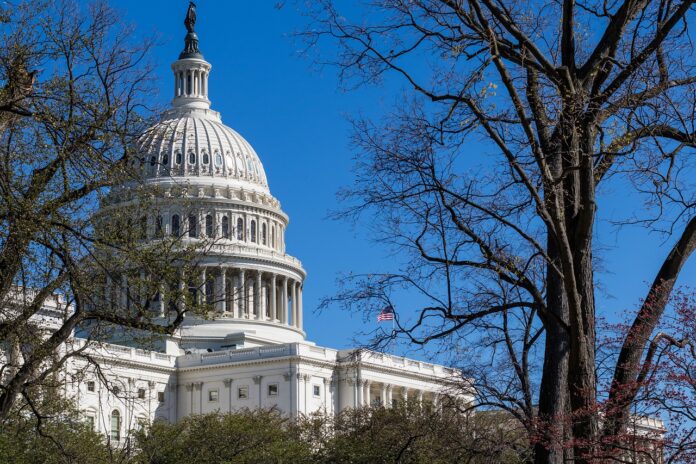 Two US Capitol Police have been suspended, at least 10 more are under investigation as well as seven officers in five other departments across the country are all being investigated after the events that took place on Capitol Hill last week.

The rally, which turned violent on the parts of both several attendees and Capitol Police, was due to a group that gathered in support of President Donald Trump and in protest of an election they believe was rigged against them.

CNN reported that the officers who were suspended and those under investigation were put in their current status due to their behavior during last week’s assault on the Capitol.” The network went on to say that “federal agents will look at whether current and former law enforcement officers played a role in the riot.”

One of the Capitol police officers took a selfie with someone who was part of the mob that overtook the Capitol and the other wore a “Make America Great Again” hat and started directing people around the building, according to Rep. Tim Ryan, an Ohio Democrat. He didn’t disclose how many other officers were under investigation but confirmed it was between 10 and 15, and didn’t say what they were being scrutinized for except that it was their behavior during the riot.

The Democrat told reporters that one of the individuals were arrested, but a spokesperson for Ryan later corrected that statement, saying that he was wrong and no members of law enforcement were arrested.

The same spokesperson said that there were at least 10 Capitol Police officers being investigated for their roles in the protest that turned violent. A second House aide said at another time that there were as many as 17 officers part of eight investigations into Wednesday’s Electoral College protest.

Additionally, Rep. Zoe Lofgren, a California Democrat, said he plans to investigate videos that show some officers seeming to usher protesters into the Capitol building on Wednesday.

“A number of social media have indicated concerns about individual officers who, you know, if you look at the video, may have taken selfies with these seditionists or even let them in,” Lofgren said. “We need to thoroughly investigate that, but I also know there were many officers who responded with tremendous bravery. Many officers were injured protecting the Capitol and we do thank them for their patriotism in protecting this temple of democracy.”

In addition to the Capitol Police officers, there are seven officers from five other departments across the country who are under investigation within their departments for their presence during the protest. Some of those officers were found out due to social media and other reporting means.

“One officer in New York, one in Philadelphia, two in Seattle, two in Virginia and one in Texas are under investigation by their departments for potential rules violations,” CNN reported. “Additionally, some departments have been contacted by the FBI as part of their criminal investigation into the overrunning of the Capitol.”

These investigations beg the question: were the officers in question going against their departments’ policies, or were they just not submitting to new rules being handed down by those with an agenda to serve. Reportedly at least one officer who worked during the protest found an even sadder fate. The Daily Mail reported that Officer Howard Liebengood, 51, died by suicide just three days after the protest. Questions surrounding his death, and the involvement of the other well-respected officers have conservatives asking who is pulling the strings, and what will happen the next time a protest is slated for the Capitol Building.