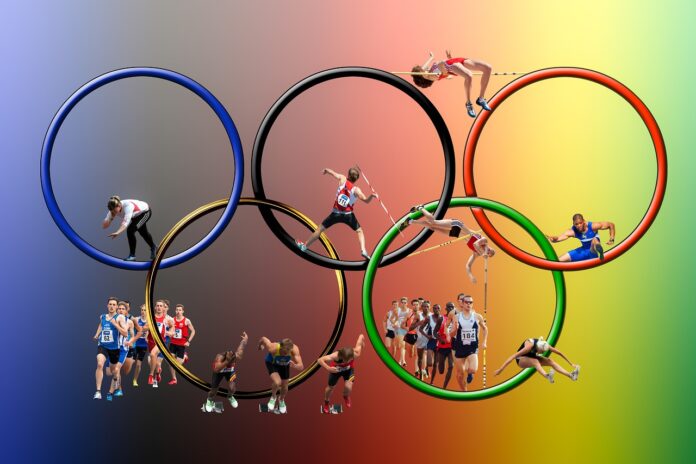 Up until now, it has seemed a given that anyone who hoped to represent the United States would also need to at least respect it. That’s not been the case in some of the Olympians representing the United States at the upcoming Olympics, however.

Questions about loyalty, patriotism, and what should be the requirements for those representing the US at the international competition began to swirl after athlete Gwen Berry protested the National Anthem while receiving an awareness for placing third in the hammer throw on Saturday during the U.S. Olympic trials in Eugene, Oregon.

It’s a no-great secret that many don’t care for the anthem, a trend that was kicked off in football by former pro player Colin Kaepernick. After kneeling during the anthem fans demanded that he pay more respect and fellow players only offered his cause more momentum.

While Kaepernick was insulting enough to many Americans, he was beholden to a system of fans and team managers, etc, who were able to deal with his disrespect in the way that they saw fit. This isn’t the case with Olympians, and some, including Sen. Tom Cotton, feel that Berry should be removed from the U.S. team immediately and with great prejudice.

“I don’t think it’s too much, when athletes are competing, to wear the stars and stripes — to compete under the stars and stripes in the Olympics — for them to simply honor that flag and our anthem on the medal stand,” the Arkansas Republican told Fox News on Monday. “If Miss Berry is so embarrassed by America, then there is no reason she needs to compete for our country. She should be removed from the Olympic team.”

Berry made headlines when she turned her back to the flag and looked away while standing on the podium to take the bronze medal on Saturday, making a pointed protest to the anthem of the country that is expected to send her across the world to represent them in Japan in just a few short weeks. The less than gracious athlete even covered her head with a black T-shirt reading “Activist Athlete,” which gives the strong impression that this was not a spur of the moment decision, and the hammer thrower planned to make a political statement if she took a medal.

Thankfully, Berry was alone in her protest at that particular competition, and first- and second-place finishers DeAnna Price and Brooke Andersen respectfully looked at the flag with their hands over their hearts.

Cotton isn’t alone in his belief that the Olympian should be removed from the team. Rep. Dan Crenshaw also reportedly called for her removal from the U.S. Olympic team, saying “We don’t need any more activist athletes,” the Texas Republican said on “Fox & Friends” Monday. “She should be removed from the team,” Crenshaw said. “The entire point of the Olympic team is to represent the United States of America. It’s the entire point.”

But just as you’d suspect, Berry had a calm and mature answer to the calls for her removal and the general media backlash that she has been receiving, including tweeting at the congressman on Monday, “At this point, y’all are obsessed with me.”

That wasn’t her only showstopping response, however, Berry said of the iconic anthem moment, according to The Washington Post, “I feel like it was set up.”

But before you feel too sorry for Berry, contextually it appears that the “setup” was that the anthem was played at all, which according to her was “disrespectful.”

So, to recap: playing the anthem is “disrespectful” to athletes and the lawmakers that claim Americans representing America should respect America are “obsessed” with the athletes they think should be booted for not meeting that criteria. Yeah, that seems right.