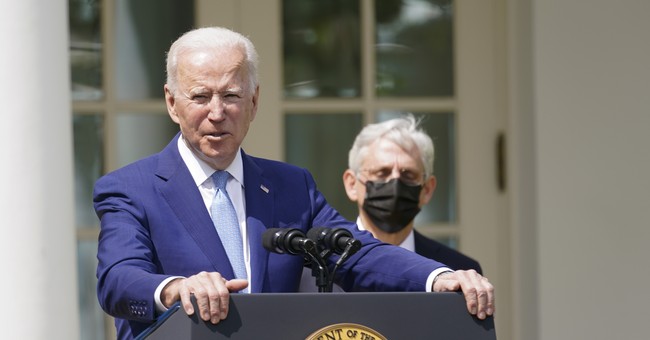 As I’ve written recently, Republicans have made serious gains in the battle to stop Critical Race Theory from becoming engrained in public schools. Parents have spoken out at school board meetings, elections have been won on the local level, and state-level bills to ban the propagation of CRT have passed. Some of the stand-outs in taking this issue seriously have been Florida Gov. Ron DeSantis and Texas Gov. Greg Abbott.

The responses from the left provide evidence that they are on their heels. From claims that CRT isn’t being introduced into schools at all to the NEA pushing a plan to get it into thousands of districts, the incoherence of their rebuttals shows that Republican preemptive attacks have caught them off guard.

Of course, for one segment of the right, actually winning a major culture war is way too icky and uncalled for. Thus, you get David French colluding with CRT proponents to write a rebuke in The New York Times of those that have dared to fight back.

The general arguments presented by these people are ludicrous on their face, assuming that public schools exist as a “marketplace of ideas” when they clearly have always been heavily regulated. Curriculums are chosen based on their ability to educate students. They are not fleshed out via teaching wild, racist theories like CRT without any boundaries. There are hundreds of different schools of thought that are not taught in K-12 education. You can’t teach Holocaust denial, for example, nor would any student be educated by such tripe. The same is true for CRT, which exists as racial essentialism pushing the notion that certain races of people are inherently oppressive. It’s pseudo-science garbage.

But my point in writing this is not to take the Times article apart or to do another breakdown of why CRT is bad. Rather, it’s to point out that French (he’s one of the multiple authors of the piece) represents a type of Republican that is always looking to surrender. The idea that there is any danger to freedom of speech or ideas because CRT isn’t allowed in school curriculums is obviously ridiculous. Yet, French makes that argument because he needs some way to counter the fact that Republicans are actually making headway regarding a major culture war issue.

There’s no better evidence of that than to note where French is choosing to share his opinions. The New York Times is a far-left, dumpster fire of a publication. The only reason French was invited to participate in its pages is that he held a view counter to the majority of Republicans. In other words, for some right-wing grifters, the losing is the point. It opens doors that are not open to any other conservatives. If you make common cause with CRT proponents, you get to write in the Times and go on MSNBC. You get left-wing billionaires wanting to give your publication money.

Back on the topic of CRT, French’s common retort is to claim that civil rights laws need to be leaned on in order to stop any overreach in regards to CRT. Yet, the head of the DOJ’s Civil Rights Division is a CRT proponent and radical racial essentialist. Further, once something becomes ingrained in public education, it’s basically impossible to excise it. In other words, French is stumping to lose without admitting that he’s stumping to lose. Joe Biden’s DOJ is not going to protect children who are discriminated against based on CRT, and if you don’t use state-level power to stop it now, there will be no stopping it.

Again, the losing is the point because if Republicans win this battle, it’s another mark against an establishment wing that has gotten way too comfortable profiting off of failure. Luckily, few on the right are listening to the likes of French anymore.