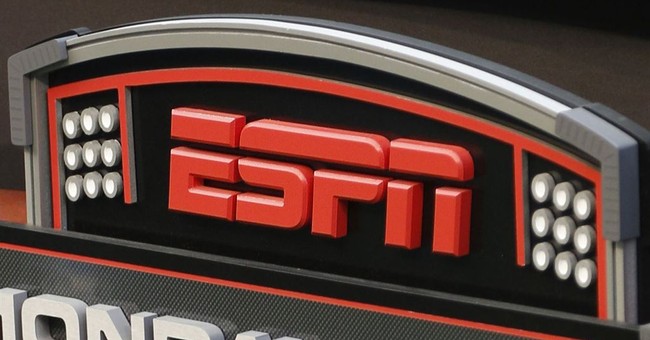 ESPN, in its never-ending effort to self-immolate, has found itself in the middle of yet another scenario of being surrounded by flames while holding a burning match yet insisting it has no knowledge of how the fire started. This time, the bumble burn comes from infighting, as it has come to light that a bit of a catfight has broken out between The Jump hostess Rachel Nichols and NBA Countdown hostess Maria Taylor.

The mascara hit the fan last year shortly before the NBA Finals, which leads to the question: If there is a NBA Finals and no one watches did it really happen? But I digress. Anyway, Nichols, who is white, took offense at her employers selecting Taylor, who is black, to host the NBA Finals pre-game show instead of herself. Given that Nichols is, as mentioned, the host of The Jump, ESPN’s weekday show devoted to all things NBA, hers was not an unreasonable reaction. What unsheathed the claws was Nichols, in a conversation that was not supposed to be recorded yet was, saying out loud that which must never be said … namely, the truth:

“If you need to give her more things to do because you are feeling pressure about your crappy longtime record on diversity — which, by the way, I know personally from the female side of it — like, go for it. Just find it somewhere else. You are not going to find it from me or taking my thing away.”

Making this all the more amusing from afar is the fact that Nichols’ comments came while she was on the phone with both a longtime advisor to, and the agent for … LeBron James. I kid you not.

Ayway, back to the story. Leakage of the conversation, which was stored on an ESPN server, started filtering around both within and without the company. When word of what was said arrived at Taylor’s desk, it did not sit well with her; so much so she refused to accept Nichols’ apology. Adding to the tension was that once the higher-ups became involved, the only discipline dished out was to the employee who forwarded the recorded conversation to Taylor. Nichols’ comments were placed in the “employee venting because they didn’t get the gig they wanted” file.

Cry outrage, some ESPNers called out, and let slip the internal memos of butthurt:

Within ESPN, particularly among the NBA group that works with both Taylor and Nichols, many employees were outraged upon watching the video. They were especially upset by what they perceived as Nichols’s expression of a common criticism used by white workers in many workplaces to disparage nonwhite colleagues — that Taylor was offered the hosting job only because of her race, not because she was the best person for the job.

Ah, those legendary dreaded “many” employees. Of course, there could be another reason for anger, that being akin to what the emperor felt when at the end of his parade a small child called out what everyone knew but were too overcome by peer pressure to say: Nichols had told the truth. Which, from this writer’s perspective, she did. It’s not that Taylor is bad at her job; she’s quite competent. But that is all. There is nothing outstanding about her work. Nichols does an excellent job hosting The Jump and is a skilled interviewer. She should have been the one selected to host the Finals pregame shows. But, since she checks off only one of the token virtue signaling boxes while Taylor hits two of them … you do the math.

The story gets even better. Taylor refused to host the pregame show unless Nichols did not appear on it. (And you thought Mean Girls was set in high school.) ESPN reportedly said okay, then inserted pre-recorded segments with Nichols into the show. The fur, it was a-flyin’. This led to a classic scene in which assorted ESPN employees, including Taylor, got into it hot and heavy with the suits:

On the preshow call involving the stars of the show and production staff in both Los Angeles and New York, Taylor insisted to an executive that she be able to conduct live interviews with sideline reporters. She also brought up the recorded phone conversation. (Adrian) Wojnarowski jumped in and called Nichols a bad teammate. (Jalen) Rose said that ESPN had asked a lot from Black employees over the past year, but that he and other Black employees would extend their credibility to the company no longer.

Uh, Jalen Rose? You have no credibility. And, as one might notice, Stephen A. Smith is still ESPN’s alpha go-to employee. Say what one will about Smith, the notion he would continue working at ESPN if he believed he was being used in any fashion to win unwarranted credibility is laughable in the extreme. And while the entire matter reeks of residing in Whocaresville, it is amusing to note the network specializing in driving away its viewers as it relentlessly pursues a progressive agenda suddenly being faced with internal strife because it cannot bring itself to make decisions based in merit, or tell its own employees the truth.

Final note concerning Maria Taylor. She is presently in the final couple of weeks under contract with ESPN. Taylor pulls down a cool million a year. ESPN offered her a new contract that would pay up to $5M a year. She turned it down. She reportedly wants $8M a year, which is getting into Stephen A. Smith territory. Really? Love or loathe him, people tune in to ESPN to hear what Smith has to say. No one says the same for Taylor. It’s good to know Taylor’s inability to embrace reality encompasses multiple facets of her inflated value.