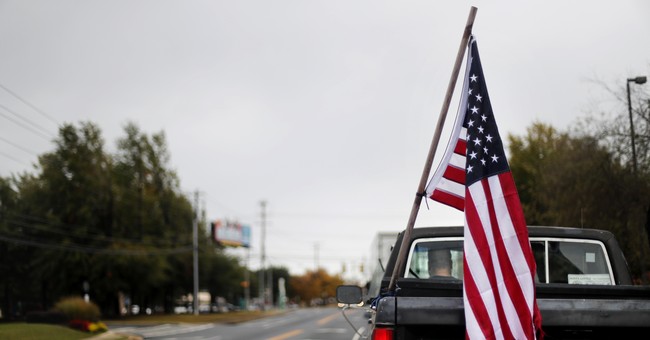 We take today to celebrate the birth of our country, to recognize how special and unique it has been in the history of the world, and what a beacon of freedom that it is.

But, we’re also reminded, by everything around us today, that our nation and our freedoms are under constant assault.

Ronald Reagan reminded us of how precious was that freedom, but also how it could be easily lost.

Perhaps you and I have lived too long with this miracle to properly be appreciative.

Freedom is a fragile thing and it’s never more than one generation away from extinction.

It is not ours by way of inheritance; it must be fought for and defended constantly by each generation, for it comes only once to a people. And those in world history who have known freedom and then lost it have never known it again.

Now we see some Americans who no longer seem to understand that, who actively work to destroy those freedoms from within, who want to impose the oppressive doctrines responsible for the deaths of millions around the world, on us.

We see Americans ignorant of our history, taught to believe that we as a country are evil at our root, rather than understanding how we, as a nation, have been a light to the world.

We see Americans who attack the symbols of our nation as somehow bad, rather than unifying. It’s how we get things like the New York Times piece on this special holiday calling the flag a symbol of division.

“Today, flying the American flag from the back of a pickup truck or over a lawn is increasingly seen as a clue, albeit an imperfect one, to a person’s political affiliation in a deeply divided nation,” the Times tweeted, promoting their story, “A Fourth of July Symbol of Unity That May No Longer Unite.”

The story then quotes some people who say that they’re reluctant to fly the flag, because they think it’s so identified with President Donald Trump or conservatives in general.

“What was once a unifying symbol – there is a star on it for each state, after all – is now alienating to some, its stripes now fault lines between people who kneel while ‘The Star-Spangled Banner’ plays and those for whom not pledging allegiance is an affront,” Nir wrote.

“And it has made the celebration of the Fourth of July, of patriotic bunting and cakes with blueberries and strawberries arranged into Old Glory, into another cleft in a country that seems no longer quite so indivisible, under a flag threatening to fray,” she continued.

The ‘problem’ is not the flag. The flag is the same. If they think that is nullified by someone else they don’t like who is flying it, then they never really understood it and probably didn’t fly it to begin with. My love of country isn’t dependent upon what my neighbor thinks. If yours is, then the issue isn’t your neighbor’s — it’s yours.

This comes after the New York Times editorial board member Mara Gay attacked the American flag, calling it “disturbing.” The Times’ response? To support what she said.

“New York Times editorial board member Mara Gay’s comments on MSNBC have been irresponsibly taken out of context. Her argument was that Trump and many of his supporters have politicized the American flag. The attacks on her today are ill-informed and grounded in bad-faith.”

Before that, in 2016, the Times ran a headline, “Is the National Anthem Racist? Beyond the Debate Over Colin Kaepernick.”

How many people actually feel that way and agree with this? Not the majority of Americans who, yes, still have no issue with people flying their flags over their lawns. Most Americans love and honor this country, whether they fly the flag or not. But enough people who have control of our institutions in government, media, and academia want to constantly sell and create this kind of division. And that’s why we have to hear Reagan, to fight for it and defend it constantly, to call out these attacks whenever we see them.