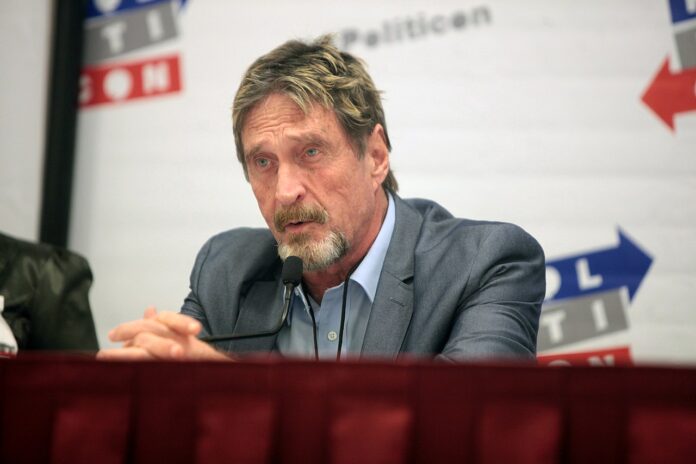 The death of cybersecurity tycoon John McAfee rocked the nation. Not only did his demise come as a surprise to many, but the circumstances surrounding it were also suspicious, to say the very least.

McAfee was iconic in a few ways, first, he was one of the founding members of what we now know as the Silicon Valley tech giants, but he wasn’t part of that progressive school of thought. He wanted to secure the computers of millions, and he did, but he never leveraged what he was doing to the point that many other tech giants did, and it didn’t appear to be a lack of intellect.

He also made headlines with his conservative political and personal beliefs. McAfee was so conservative, in fact, that he ran for the libertarian nomination for president in 2016 and 2020. He didn’t win, but his ads and promotional content prompted deep thought in many.

McAfee also, reportedly, prompted attention from the United States Government, and according to statements made well before his death, they wanted him gone.

While security in the virtual world might have been his professional game, keeping him safe while IRL was less of an easy task. According to a report in the New York Post, the tech millionaire was being hunted by government officials and the eccentric 75-year-old mogul repeatedly insisted that government officials were out to kill him.

McAfee was so convinced that someone would off him and make it look like suicide that he went so far as to get a tattoo saying “$WHACKD” to highlight the theory. He also pointed about it multiple times on social media, and his death, a supposed suicide in a Spanish prison caused more than one conservative to ask a few questions.

The tech genius was picked up by the Spanish DOJ at the request of the United States government for financial crimes concerning cryptocurrency. While there have been reports that McAfee had a suicide note on him when he was found, a source told the Post that the family had not been informed about any such note.

McAfee was found dead just after it was announced that he would be extradited to the United States to continue his trial, and he would have faced up to 30 years in prison over the considerable tax burden he was accused of.

Janice McAfee, the antivirus software tycoon’s widow, demanded a “thorough investigation” of his death, saying her husband did not appear suicidal when they last spoke.

“His last words to me were ‘I love you and I will call you in the evening,’” the 38-year-old told reporters as she recovered her late husband’s belongings. Those words are not words of somebody who is suicidal,” she said of the conversation hours before his body was found.

McAfee’s wife was clear that her husband didn’t want to die and he was scared for his life:

“John’s honesty has often gotten him in trouble with corrupt governments and corrupt government officials because of his outspoken nature and his refusal to be extorted, intimidated or silenced,” wrote Janice, who has herself suffered criticism because she McAfee while she was working as a prostitute.

McAfee said, months before he was arrested and even longer before his death, that he would be killed, and he said it would look like a suicide, “a la Epstein” he called it. Now, he’s passed, and the similarities to how Epstein passed and how McAfee went are too similar to ignore.

McAfee was concise before death that he loved his life, and he wouldn’t kill himself. Let’s be clear on one thing if it was all a setup on McAfee’s part he was seriously playing the long game, and if not, Americans have more to be concerned with than the security on their laptops.