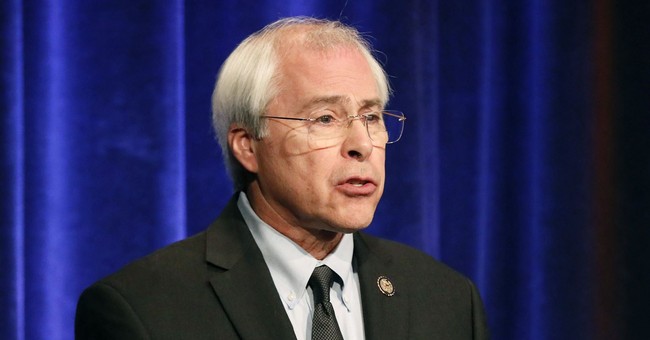 Perhaps no Republican saw their reputation among the rank and file dim more in 2020 than Georgia’s Secretary of State Brad Raffensperger. While most of that is related to opinions surrounding what he should or shouldn’t have done in regards to the cluster that was Fulton County’s election counting and results, it’s wasn’t just that. Rather, it was the fact that Raffensperger seemed to go out of his way to stick his eye in the thumb of Republicans who had concerns.

Further, Raffensperger decided to play Democrat MVP before January’s Georgia Senate runoff election by leaking audio of a call with Trump discussing the 2020 election. Even if one believes Trump was in the wrong on that call, why exactly would any Republican do something to help catapult the likes of Rafael Warnock and Jon Ossoff into office? To make matters worse, some months later, it was revealed that Raffensperger’s closest advisor was behind a series of fake Trump quotes that were again used to bludgeon Republicans in general. As I surmised at the time, the only way that advisor could have gotten the details they had was through Raffensperger.

With all that said, Raffensperger, who was lauded on networks like MSNBC and CNN for his handling of the 2020 election, is getting a sharp reminder that he is still a Republican. That means he’s not getting any return on all the goodwill he tried to sow with Democrats. In fact, he’s not a villain in their eyes in regards to Georgia’s recent election reform law.

To express that, Raffensperger ran to National Review to write an op-ed defending himself.

There’s something especially pathetic about this because it relies on an assumption that Democrats would otherwise act in good faith. That assumption is ludicrous, and anyone not in a coma for the last decade should have been aware of how things truly are. Instead, Raffensperger feigns shock in his piece that Democrats would dare be hypocrites on elections and election security. Did he really think that Chuck Todd loved him because of his supposed principled position — and not simply because he represented a foil to the bad orange man?

To be sure, Raffensperger’s critique of Stacey Abrams is correct, and his defense of Georgia’s election reform law is true and prudent. Yet, those things are hardly newsworthy, and if anything, he’s late the party in making those points. What is news is that Raffensperger actually thought he’d be treated fairly by the left simply because he opposed Donald Trump.

In short, this is a bit like listening to a child cry after they touched a hot stove you warned them not to touch. Raffensperger was warned not to get too close to the left in expressing his opposition to Trump. Further, he had been around the block long enough to know that no good intentions were to be found among Democrats. Instead of staking out a position in the middle, whatever that may have looked like, he went full bore into the arms of adoring CNN hosts. Now, he’s learning the olive branch he extended isn’t going to be reciprocated. Rather, Raffensperger is being ripped apart by the very people he sought approval from.

Love or hate Gov. Brian Kemp (and I realize he’s not well-liked by Trump supporters), at least he managed to keep his head down after the 2020 election, while not purposely stoking the angst within his own party. Raffensperger, over and over, chose to dump gasoline onto the fire. And while he’s certainly headed for electoral defeat in the future as a Republican, for the time being, he is still a member of the GOP. Because of that, he gets what he gets from the left, and there should have been no surprises on that front. That there apparently were for Raffensperger is more evidence he needs to go.