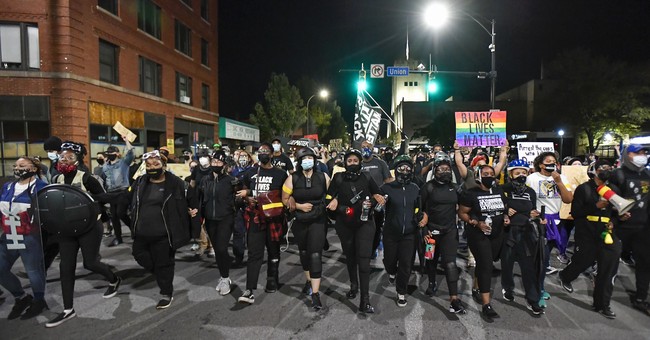 One of the great failings of the Republican Party over the last five years has not come at the national level. Rather, it’s happened in cities across the country, as far-left city council members and district attorneys, with many candidates being backed by George Soros, have gained power. In doing so, they’ve sought to “reform” the criminal justice system by not prosecuting criminals, thereby ensuring no justice is administered.

For the most part, the partisan makeup of these heavily Democrat areas has insulated these woke activists from retribution. Yet, there are signs things are breaking down, including the coming recall vote of Los Angeles’ George Gascon. There was also the recent New York Democrat primary, where it appears the winner is a tough-on-crime, former police officer (though, he’s left-wing on everything else).

Meanwhile, in San Francisco, the woke are learning what consequences are. After years of unpunished retail theft, Target has decided to close six of its area stores early.

Of course, the outcry is that this is racist — because these stores are in predominantly poor, minority neighborhoods. So, while the woke are learning what consequences are, they certainly aren’t willing to accept and learn from them.

The reality is that Target, no matter how much money they give to Black Lives Matter or how many rainbow stripes they put on their logo during the month of June, is still a business. They can act as woke as they want in their advertisements, but if they can’t make money doing something, they aren’t going to keep doing it. When local DAs and city councils bless the idea that petty theft is not a crime, allowing people to walk in and steal hundreds of dollars worth of merchandise without even being arrested, this is what you get.

It’s not just in San Francisco, though. In Baltimore, Target is closing another store completely, after it was targeted by riots in the past and has now become a hotbed for crime. Naturally, the response has been to cry racism, accusing Target of not honoring their “pledge” to black communities and choosing capitalism over people.

Unfortunately, the response seems to be more doubling down on bad policy, while blaming nebulous discrimination that doesn’t actually exist. The problem with these stores closing is not that Target, a woke company if one has ever existed, is racist. Rather, it’s that elected officials are refusing to do their jobs to create an environment where businesses can function.

If voters truly want to see things change, it’s going to happen by electing better leaders, not by listening to a bunch of grifting race-hustlers pretending to be intellectuals.