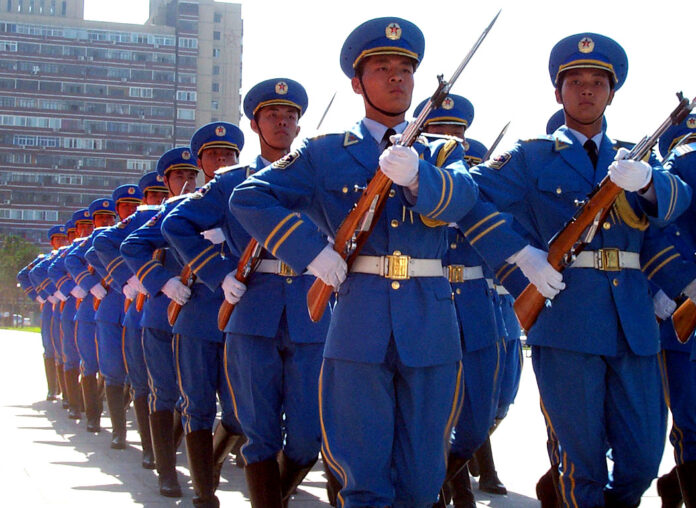 Since, well, just about as long as anyone can remember, the communist nation of China has always seemed a credible threat and on several fronts.

Firstly, they are an extensive and heavily populated nation. Secondly, they have obtained a somewhat intimidating military force. And thirdly, they have always been thought of as a technological giant, producing a massive amount of the world’s technological advancements, as well as successfully hacking more than one high-profile US target.

However, the power-hungry nation might not be such a threat after all, at least where the latter matter is concerned.

As the International Institute for Strategic Studies or IISS has just concluded in a two-year assessment of some 15 nations and their cyber-related capabilities, it seems China has only let everyone think they are better. But, in fact, they are some ten years at least behind the United States when it comes to cyber capacity.

According to the assessment, each of the 15 nations being examined was placed into one of three tiers. The most capable found at the top and labeled as having “world-leading strength” in every category tested.

There is only one nation found in this top tier, and it is the United States.

The second-tier hold nations whose cyber capabilities have “world-leading strengths in some of the categories,” as the report says. These include Canada, Israel, Russia, China, Australia, France, and the United Kingdom.

The categories found to be tested were:

The report noted that there could be a few leaders in this second tier, depending on which categories were deemed the most important to have strengths in.

If, according to IISS, “ a combination of world-class cybersecurity, world-class cyber intelligence, sophisticated offensive cyber capability and powerful cyber alliances were deemed key, Israel and the UK would probably be top.”

However, when looking at the “amount of resources – both human and financial- devoted to cyber, unrestrained operational boldness and day-to-day experience of running cyber-enabled information operations,” then Russia and China would be in the lead.

But, alas, this report exposes at least China for having successfully conducted “industrial-scale espionage” ops to obtain massive amounts of data, both commercial and personal, on several occasions since the early 2000s. The nation has also been smart enough to keep these operations, as massive as they may be, out of sight for the most part.

However, China’s cyber game has not been going on all that long compared to nations like that of the US and Britain, leaving it trailing behind by at least a decade, the report says.

To be sure, this is a relief for the US, as well as her allies.

Then again, IISS points out that in the short time since China’s entry into the cyber world, it has grown tremendously and will likely only continue to do so. Its growth was naturally only helped when the CIA’s Edward Snowden leaked thousands of sensitive and highly classified information from the NSA in 2013.

As the IISS reports, the “revelations” made known in the leaks shocked the leaders of the Chinese Communist Party and led them to make smarter decisions on how to successfully bridge the gap between the US and themselves in terms of cyber capability.

Where the Chinese lack in their cyber abilities is their defenses. As former director of the UK’s GCHQ intelligence agency, Nikkei Asia explains, having top-of-the-line cybersecurity is a must in western nations like the US and England, as enemies or not-so-friendly countries such as China have been known to hack in.

However, there isn’t as much of a threat of the same in countries like China and Russia. Both know that the US wouldn’t “target civilian critical infrastructure” as China would.

Should China improve its cybersecurity, however, it won’t be long before the IISS says they will be right on par with the US in their cyber-capabilities.