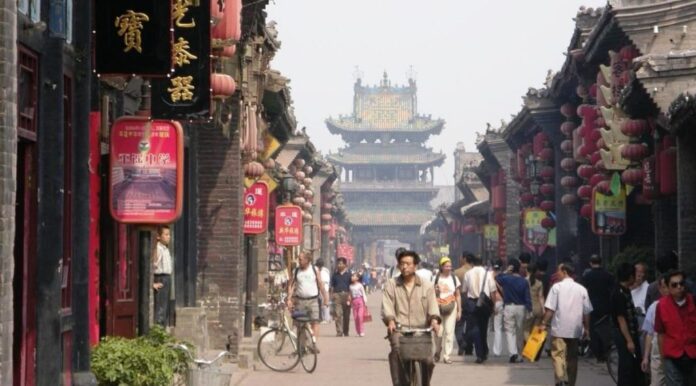 Organizations with strong ties to China’s military have taken a keen interest in American universities. This includes Chinese entities that are heavily involved in cyberattacks, spying, and espionage. According to federal records, over the past six years, these companies have pumped $88 million into America’s system of higher education.

The prestigious Duke University is in cahoots with Wuhan University where the two schools operate a joint-campus in China. Wuhan U. is a public university well-known for conducting cyber-attacks in conjunction with the Chinese military.

Collectively, Northwestern University and the University of California Irvine have received over $4 million in funding from a Chinese defense contractor who made off with the designs for the American manufactured F-35. China then used the designs to build their own aircraft.

Between 2014 and 2019, American colleges happily accepted in the vicinity of $315 million. The money came from Chinese controlled public institutions, government-run non-profits, and other sources connected to the communist regime. Over one-quarter of the funds were donated by Chinese owned defense contractors who partner with universities and the Chinese military for the purposes of conducting defense research that could very well one day be used against us.

It’s no secret how China has always had a fondness for dabbling in America’s higher institutes of learning, but they appear to be a much bigger player than was previously thought. There’s a reason for this.

China is one sneaky little dragon. Privately-owned Chinese companies who affiliate with their government are not in the habit of letting it be known. They are shadow companies that are not as they appear on the surface. In actuality, the overwhelming majority of them are not privately owned at all.

Remember the $315 million figure referenced above? It’s peanuts. This is only what is recorded on federal records, and you know we won’t stop there. Let’s dig deeper.

An audit conducted by the Department of Education uncovered an astounding discovery. Education might make some folks smarter but it won’t make them any less devious, inclusive of the professors and scholars who are passing their wisdom on to our future generations.

The audit found, now get this, $6.5 billion in Chinese funding that was never reported, and this has just been in recent years. Who knows what the total figure might be? That’s way more than one truckload full of yen.

The senior director for the Project 2049 Institute think tank, Ian Easton, nailed it on the head when he pointed out the grave national security threat these donations pose. Communist China has no interest in educating America’s youth. This would prove counterproductive to their mission.

“It is imperative that the U.S. government dams up the torrent of CCP-linked money currently flowing into our education system. For U.S. national security, the implications of a continuation of the current arrangement are grave,” Easton said.

If this isn’t enough to already have your blood boiling, out of 1000 donations to US universities reviewed, 198 of them came from separate Chinese shadow companies, all controlled by the slave-owning Chinese commies. The Chinese are masterful at covering their trail and the schools couldn’t care less as long as the cash keep flowing.

The biggest guise is in transferring money directly between a Chinese and an American university. Seems legit, right? Until you realize the Chinese schools are backed by the communist regime. In recent years they’ve coughed up $192 million, on the books anyway.

But the donations came with a catch. They were earmarked for particular projects. In the eyes of the Australian Strategic Policy Institute’s China Defense Universities Tracker, over 40 percent of the funding came from institutions known to be working as research partners with China’s military.

In more recent years our own government has started cracking down and better scrutinizing Chinese donations, but the battle is endless. By the time the actual source of a contribution is discovered, the Chinese have taken an alternate route to avoid detection. They allude and escape, time after time.

With Joe Biden being as chummy as he is with his communist buddies, it’ll be like an old home week when he takes office. So chances are pretty great that this scenario is going to get a whole lot worse before it gets better if it ever does.