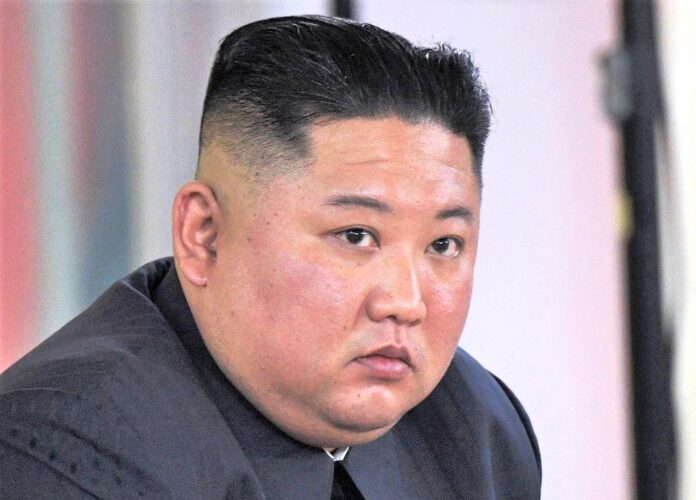 For a few years now, North Korea has gotten away with little, either in action or in thinly veiled threats when it comes to the United States and several of its allies. And as a result, the days when talk of creating more nuclear weapons to aim at the U.S. and the not so friendly firing of missiles into Pyongyang’s surrounding waterways are no more.

Or at least, we thought they were.

But as a new and untested president-elect makes preparations to take over the Oval Office, Kim seems to be making himself big again, much like an unruly child testing a new form of authority.

The nation held a rare party congress last week in Pyongyang to discuss the progress of their goals and plans. And it was here that Kim announced that significant strides would be taken in the days of the future to build up the nation’s nuclear arsenal and put the U.S. back in her place.

According to the New York Times and the Korean Central News Agency’s or KCNA’s delivery of Kim’s message, “Our external political activities must focus on controlling and subjugating the United States, our archenemy and the biggest stumbling block to the development of our revolution. No matter who takes power in the United States, its true nature and its policy toward our country will never change.”

And so Kim announced that he would be commissioning a rebuilding of his country’s weapons, starting with solid-fuel intercontinental ballistic missiles.

According to NPR, the new missiles could be launched either on land or via submarines and from a distance of up to 9,320 miles from their targets. Just to let you know, this is more than enough to be able to parts of the United States from North Korea or its submarines.

In addition, Kim said he would be adding to the country’s nuclear defenses, creating more precise and yet smaller missiles to inflict the most amount of damage possible.

Per the KCNA’s report, the only way to ensure that these new and deadly weapons aren’t used against the U.S. or her allies is to start being nice to Kim.

You see, while Trump’s summits with Kim weren’t exactly deemed successful for the U.S., as they failed to make the smaller nation abort their nuclear policies, that doesn’t mean we didn’t come away with anything. In fact, in addition to not giving into to Kim’s demands that the U.S. drop all sanctions placed on North Korea, Trump’s administration implemented even more of them, effectively causing chaos within the country’s finances.

And it is for this very reason that the rare congress was held in the first place. It appears that Kim and his staff created a five-year financial plan or goal for their nation some time ago, and as that time is nearly up, they have to admit they have fallen far short of it.

Kim even said as much on Tuesday, during the congress. “Our five-year economic development plan has fallen greatly short of its goal in almost all sectors.”

He blames several reasons, including himself, saying that his “efforts and sincerity have not been sufficient enough to rid our people of the difficulties of their life.” One such failed effort is likely his inability to get Trump to have those sanctions lifted.

And so, he’s decided not to play so nice with the next leader of his “archenemy.”

According to South Korea’s Yonhap News Agency, the KCNA report “said that the key to the establishment of new North Korea-U.S. relations is the withdrawal of the U.S.’ hostile North Korea policy.”

Kim also noted that he would be “responding to force with force, and to goodwill with goodwill.” According to The Times, his push to increase nuclear production is apparently to “drive diplomacy in the right direction and guarantee its success” with the U.S.

Although, I have to say Biden isn’t exactly off to a good start with North Korea.

When Trump had his talks with Kim earlier in his term, Biden said that they were “anti-ethical to who we are” and even went so far as to refer to Kim Jong Un as a “thug” and a “dictator.” And while those references might be accurate, I doubt they will go far getting anywhere close to Kim’s good side.

In fact, the KCNA responded to Biden’s name-calling with one of their own: “an imbecile bereft of elementary quality as a human being.”