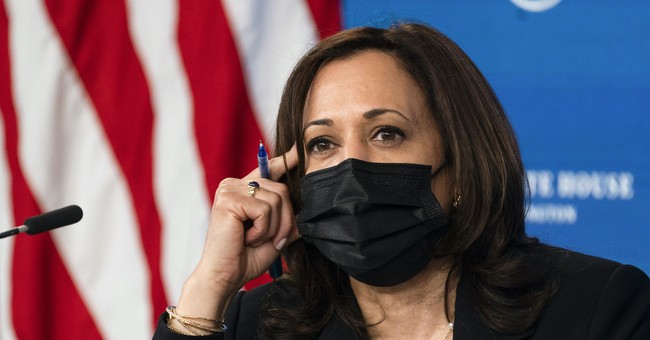 In yesterday’s column, I mentioned that one of the caveats of criticizing the job Kamala Harris has done is that she’s only been in the office since January and that she and Joe Biden only won election in November. At best, she’s had just under eight months, but it’s really just been under six. She hasn’t had time to really establish herself fully.

However, if you look at her job performance thus far, it doesn’t paint an optimistic picture for the future. Her one big play has been to go to El Paso, Texas, to make a show of going to the border without actually going to the problem areas. What’s more, there is no noticeable movement in her role to encourage the unvaccinated to get their COVID-19 vaccines, nor is there any movement on actually investigating voting rights issues.

These are all assignments she has been given by the Biden administration, and so far she really hasn’t gotten much of anything done. It’s so bad that the New York Times is sharing a very weak defense of her performance: It’s just too much.

Like I said yesterday, I think a great deal of the problem is that she simply does not care to do the job. Either Harris or the people who surround her thought this would be a piece of cake job that she could chill in until it was time to run as Biden’s successor. The problem is, there was an actual job to do.

It is all now getting worse for Harris as POLITICO has a story out about the dysfunction behind the scenes in her office. Those in the bottom ranks of her staff are routinely thrown under the bus while her top aide protects Harris and herself from scrutiny. The air is assessed as “toxic” and there is very little management keeping things together.

The handling of the border visit was the latest chaotic moment for a staff that’s quickly become mired in them. Harris’ team is experiencing low morale, porous lines of communication and diminished trust among aides and senior officials. Much of the frustration internally is directed at Tina Flournoy, Harris’ chief of staff, a veteran of Democratic politics who began working for her earlier this year.

In interviews, 22 current and former vice presidential aides, administration officials and associates of Harris and Biden described a tense and at times dour office atmosphere. Aides and allies said Flournoy, in an apparent effort to protect Harris, has instead created an insular environment where ideas are ignored or met with harsh dismissals and decisions are dragged out. Often, they said, she refuses to take responsibility for delicate issues and blames staffers for the negative results that ensue.

It’s important to understand that stories like this don’t happen by accident. Something is leaked to the press, something that makes them salivate for the juicy details. They manage to get as many unnamed sources as possible (if you can’t get one person on record, just get more unnamed people to corroborate) and weave this tale about a dysfunctional office behind the scenes.

This story isn’t entirely new to Harris’ political career. As noted in the POLITICO piece, her ill-fated presidential campaign imploded among similar chaos, where internal bickering and leaks forced her to basically get rid of everyone and come back to the Senate with a brand new team. Harris does not apparently know how to run her teams with much efficiency. Her political instincts seem terrible and she has no ability to come up with something good to say on the spot (as evidenced in the Lester Holt interview and multiple times in the 2020 debates).

The inside baseball stuff does not affect my life or your life very much, if at all, here in the moment. If Harris is struggling to do her job or manage her office staff properly, that won’t affect the day-to-day lives of Americans. But, what it will do is cause instability in the Biden administration, opening the door for other advisory voices to speak up while Harris just sits back, powerless or apathetic. It could very well lead to her losing the spot if Biden runs again in 2024.

There is the possibility that there are some petty folks in Biden’s orbit who haven’t quite forgiven Harris for the way she attacked Biden during the primary debates. It seems very petty, but political operatives are not always above that. I don’t think this is necessarily someone trying to punish Harris, but I do think it’s pretty telling that the Biden team hasn’t really come to Harris’ defense in many of the attacks against her.

I am sure something is going on between the two behind the scenes and we will likely never know about it. But, what we can guess with some confidence is that Harris really is struggling and does not know how to stand on her own two feet.