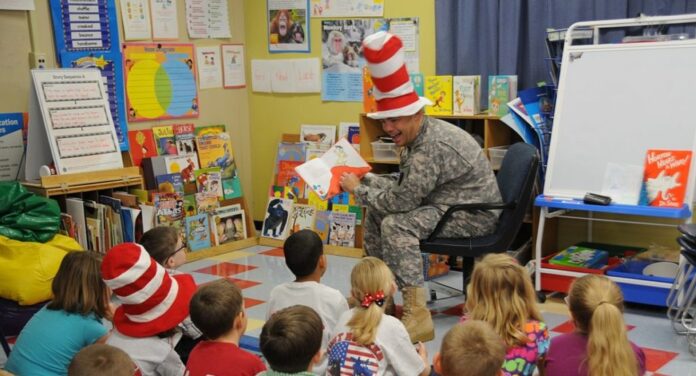 Don’t be surprised when your next copy of See Spot Run comes with the same FDA warning label as cigarettes.

WARNING: Dr. Seuss can cause irreparable harm to your children. That is, according to the woke liberal snowflake social justice warriors overtaking public schools across the nation.

Is it any wonder that parents are flocking to charter schools and public school alternatives?

True, green eggs and ham could give you food poisoning, but we suspect Dr. Seuss wasn’t referring to spoiled eggs and moldy ham.

It’s possible that this is a simple misunderstanding and they read the title Horton Hears a Who! as Horton Hears a Ho! and they think Horton is some sort of pimping trick daddy.

Maybe PETA is upset about putting cats in hats.

Or maybe they just want to destroy our inherited culture and the foundations of Western Civilization. Yeah, that’s it.

Cancel culture has always had one trajectory: canceling culture.

A group of leftist teachers (but I repeat myself) are now working, as the Wall Street Journal reports, to “deny children access to literature” that they now deem to be propaganda supporting the white male patriarchy…or something. They haven’t quite figured it out themselves.

This latest campaign anti-book campaign by the Radical Left is called #DisruptTexts.

As the Wall Street Journal reports, the hashtag represents “critical-theory ideologues, schoolteachers and Twitter agitators” who are “purging and propagandizing against classic texts…”

In simple terms, leftist fascists are banning books because their feelings are hurt or the books don’t service their radical agenda.

This campaign by the Radical Left is dishonest at heart. They do not care about truth and justice and facts. This campaign to discredit, remove from syllabi, and memory hole American and Western literature is a part of their greater power struggle to “win the narrative” and indoctrinate future generations into their perverted way of thinking.

Life is messy, complicated, imperfect, and not always fair. The greatest novels and children’s books known to the world speak to these truths, including the books such as How to Kill a Mocking Bird and The Adventures of Huckleberry Finn, which are increasingly banned from school curriculums by the Radical Left.

Books that challenge us make us stronger, more enlightened, more courageous, and durable, teach us the full spectrum of human experience, grow our empathy for others, and build our character.

If given license, the Radical Left will find offense in a cumulus cloud formation. Their object of outrage du jour is a perpetually moving target that is constantly being redefined. What is normal or accepted today becomes a hanging offense tomorrow. This is a power play.

The Radical Left wants to freeze you into self-doubt and inaction while they run circles around you with their new and nebulous proclamations.

The answer is to act. Act on your moral instincts that you know to be good, don’t think twice, and fight back.

If we do not push back as a society on the Radical Left they will keep clawing away at free speech and destroy our shared cultural history as a nation.

They will replace our beautiful, complex, profound, and heroic history with their sanitized, demented perversions full of doublespeak and absent of challenging thoughts.

According to one unremarkable young-adult novelist Padma Venkatraman who is involved in the #DistruptTexts movement, we need to cancel material “in which racism, sexism, ableism, anti-Semitism, and other forms of hate are the norm.”

Like, you know, Shakespeare and Dr. Seuss. Might as well burn it all down in that case. They are Bolshevik perverts.

Here’s what our Padma friend said about Shakespeare: “Absolving Shakespeare of responsibility by mentioning that he lived at a time when hate-ridden sentiments prevailed, risks sending a subliminal message that academic excellence outweighs hateful rhetoric.”

If you read that and thought “that makes zero sense,” you’re not wrong. It makes less than zero sense.

This perverted logic can be wielded by its purveyors as a dragnet to incriminate every book published and cultural artifact created prior to their latest pronouncement. Including statements made as recently as this sentence. Now everything ever written or said prior to this sentence is banned. Ha, beat that!