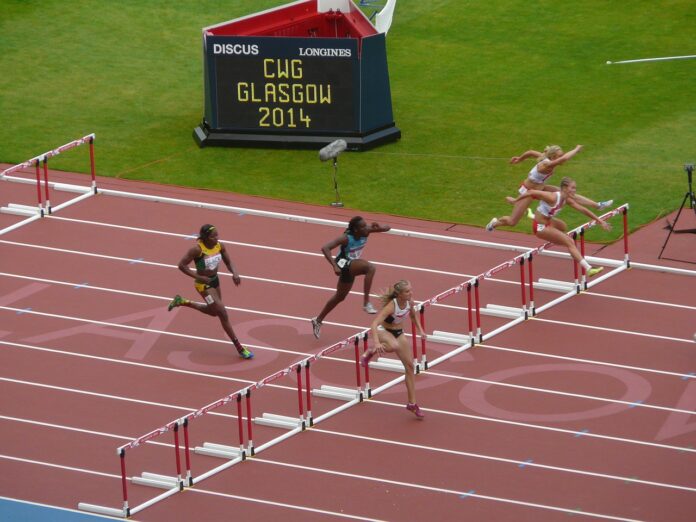 A biologically male runner has been banned from the women’s 400-meter Olympic hurdle event. This runner was kept out of the competition because “she” did not meet the World Athletics conditions on testosterone levels.

“CeCe [Telfer] has turned her focus towards the future and is continuing to train,” the transgender athlete’s manager said.

The trainer added in an interview with The Associated Press that Telfer will respect the decision. “She will compete on the national and world stage again soon.”

This transgender athlete won the NCAA title competing for a women’s team in 2019, according to the AP.

But since that victory, according to the AP, World Athletics has released guidelines closing off international women’s events that are between 400 meters and one mile to athletes who fail to meet eligibility requirements. One of those requirements is having testosterone levels below 5 nanomoles per liter for a year.

Telfer formerly competed for a men’s team at Division II Franklin Pierce. “He” took time off and then returned to compete as a woman.

The transgender athlete revealed in a blog post last week: “I love what I’m doing and I’m getting to live my truth and live my authentic life. I believe that this is my way of being the change that I want to see in the world. And I live by that every single day.”

USA Track & Field said in a statement disclosed by the Associated Press that following the World Athletics on June 17, the conditions had not been met for Telfer to compete. The USATF gave the runner the eligibility requirements and, along with World Athletics, the opportunity to demonstrate her eligibility so that she could compete at the U.S. Olympic Team Trials.”

The USATF said, “According to subsequent notification to CeCe from World Athletics on June 22, she has not been able to demonstrate her eligibility.”

The Governors of Arkansas, Florida, Idaho, Mississippi, and Tennessee have all signed this legislation into law. And South Dakota had a bill that was thrown under a national spotlight when Republican Gov. Kristi Noem refused to sign the legislation without her suggested changes. She maintained that the bill would subject South Dakota to lawsuits the state could not win and said she seeks to “protect girls” through other measures.

This case is just the beginning.

New Zealand’s Laurel Hubbard has become the first-ever transgender athlete picked to compete at an Olympics, in a controversial decision.

Officials have chosen her for the women’s weightlifting team for Tokyo after qualifying requirements were recently modified.

She had competed in men’s events before coming out as transgender in 2013. Critics say Hubbard has an unfair advantage, but others have argued for more inclusion at the Games.

“I am grateful and humbled by the kindness and support that has been given to me by so many New Zealanders,” Hubbard said in a statement.

She will compete in the women’s 87-kg weightlifting category. The 43-year-old became eligible to compete at the Olympics when the International Olympic Committee (IOC) changed its rules allowing transgender athletes to compete as a woman if their testosterone levels are below a certain threshold.