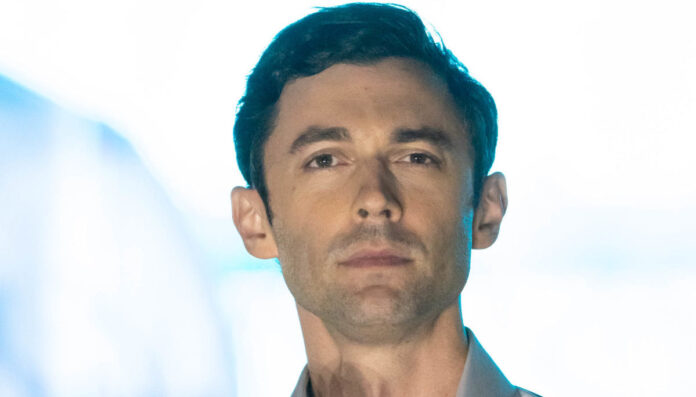 Why is it that someone running for a Senate seat in Georgia is receiving countless donations from people in New York and California? They don’t get to vote in Georgia, so why do they care so much?

Jon Ossoff is setting records for raising more funds than any other candidate in U.S. Senate election history. But why? This is a 33-year-old man who has a background for being an investigative reporter. He’s not a politician. He’s never held public office before. Yet, from October 15 to December 16, he’s managed to raise $106.7 million.

Oh, and he’s raised six times more in California than in Georgia.

Shouldn’t those in California be keeping their money to themselves? They’re butting into an election they have no right to be a part of.

Representative Rick Allan (R-GA) attended a campaign rally where he talked about the “limousine liberals” from California and New York, talking specifically about the undue influence they’re having in Georgia.

Why do the liberals from California and New York feel the need to send money to a candidate in Georgia? It’s clear that those out-of-state donors don’t have the same views as the Georgians. It’s all a game of who has the most money – and the money is being used to push the scales in favor of the liberals so that the liberals hold the power in Congress.

Why can’t it be about letting the best man win? Senator David Perdue has a significant following in Georgia – and he’s been a good senator for quite a few years. However, he’s at risk of losing because of the limousine liberals shoving money at Ossoff without caring about anything that he has to offer. He’s aligned with the “right” party and, therefore, they’ll send him checks.

“Y’all, this money is coming from California and New York, that is dead wrong!” Allen yelled at the rally. He’s pointed out that the issues have been happening more and more often, with it occurring to Lindsey Graham in South Carolina, too. Senator Steve Daines (R-MT) has said that the same has happened in Montana.

Enough is enough. Jon Ossoff isn’t running for president. He’s not even old enough to run for president. So why is it that he’s getting such significant donations from those in other states?

If any liberal Californian would bother reading about Jon Ossoff, they’d realize that he’s not the liberal that they would want anyway. He’s not a candidate that the GOP wants, either. He’s eager to give out healthcare to everyone in Georgia like it’s candy – and he’d like to make investments in clean energy – though he doesn’t actually have a plan for that.

He wants to root out the corruption so that the government serves the people. His Master’s of Science is from the London School of Economics – and that may mean that he believes in capitalism. So, California and New York residents who continuously push socialism as the answer won’t like his approach. Then, why is it that they’re sending him money?

They can’t help it. They have the money and they don’t see a reason why they can’t butt in. They’d rather send it to a Senate candidate in another state than keeping the money in their own states where they can make a difference on things like poverty and homelessness.

The limousine liberals don’t know any better. They have more money in their bank accounts than they have common sense in their heads. They hear about a Senate runoff race and whip out their checkbooks without giving it a second thought.

And Jon Ossoff is standing in Georgia with his hand open, collecting it all. He’s raised more funds than literally any other Senate candidate in history. That has to say something about the corruption of the system.

The only reason the liberals from out of state are even involving themselves is that his winning could mean the difference between the Democrats gaining power over everything – House, Senate, and the presidency. They’re buying their way in to influence the country – and yet no one seems to take issue with it.