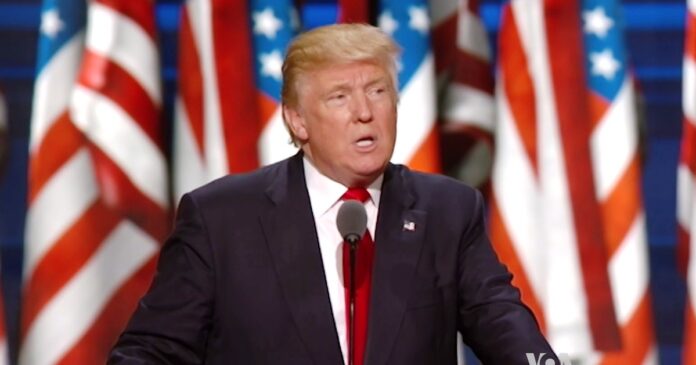 Republicans nationwide have been hoping (and likely praying) that former President Donald Trump wasn’t a one-term wonder. There have been accusations he should still be president, but even for those who think he lost fair and square, many have held onto the fact that he could still serve a second term as the great hope for the next decade.

Given, there are still another 3.5 years of stumbling bumbling Joe and his handler Kamala to be dealt with, but as so often happens with election cycles, if a viable candidate can come in and turn up the heat on a Democrat, they will feel the need to appeal to the moderates, and the second half of the first term becomes mostly about campaigning and only a little about running the country.

However, while the former president is thought to be a shoo-in (given a correct tally of votes) the wildcard is who he might primary against, and who he might choose to run with. While Pence was a solid choice the first time around, not only are Trump’s needs different this time but his faith in his former VP has likely been badly shaken.

The answer to both the above questions might come in the form of the tanned and ever-popular Governor of Trump’s current home state of Florida: Ron DeSantis.

There are as of yet still no firm plans for whether the wildly popular conservative governor will take his run at the Oval Office, but there have been talks that Trump could be attempting to recruit him as a running mate for a potential 2024 run.

Those speculations have taken an interesting turn in the light of a straw poll that showed that DeSantis edged out Trump for likely voter support in a potential 2024 run.

According to IJR’s report, the governor of the sunshine state polled better with the attendees of the Western Conservative Summit over the weekend who said they would prefer DeSantis over Trump

Seventy-four percent of respondents picked DeSantis polled against other candidates while 71% of respondents picked Trump over other possible candidates. Sen. Ted Cruz (R-Texas) came in third with 43% followed by former Secretary of State Mike Pompeo at 39%. Former Vice President Mike Pence came in 10th place with the kind of underwhelming support expected for someone as far away from the center and as unliked by his party as the position where Pence currently finds himself.

According to IJR, DeSantis is thought to be the party’s best option if Trump decides not to run for a second term, and the Florida governor has been doing his part to endear himself into the hearts of the American People.

In addition to standing up against measures like Critical Race Theory and banning private businesses from discriminating against those who haven’t been vaccinated against the COVID-19 virus, DeSantis has signed a number of controversial bills into laws on voting rights, transgender athletes in sports, how social media platforms can moderate content, and an anti-riot bill.

Overall, DeSantis has done a fabulous job of positioning himself as a hero to the right, and his likeability quotient among the most concerned of Republicans seems to be only skyrocketing.

Even Donald Trump Jr reportedly. suggested DeSantis should be the nominee if the former president does not run again.

“If I’m going to be totally objective about it, I think, you know, what Ron DeSantis has done in Florida is outstanding.”

He added, “I mean, he didn’t fall for the narrative. I think he’s learned, perhaps through watching [Donald] Trump, you know, what the media will try to do to you if you do take those kinds of stances.”