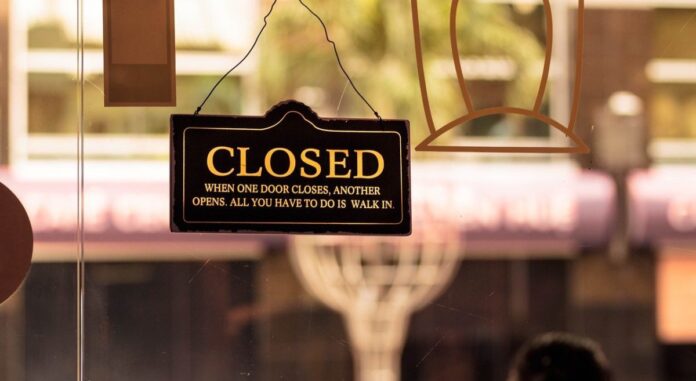 With a second wave of COVID running rampant through the country, several states have gone even deeper under their liberal leaders’ control.

At the top of the list is, of course, California.

Here Democratic Governor Gavin Newsom has had the state in some form of lockdown or another since March, forcing businesses of all sorts to close their doors, and far too many for good.

But for the restaurant industry, staying afloat has been especially hard.

Roman, like many, was forced to close his doors for a time when the pandemic began. However, after a time, restaurants such as his were allowed to reopen, albeit with some significant changes. Naturally, the space had to accommodate social distancing, mask-wearing when not eating, and limited occupancy.

But even that didn’t always please Newsom, who eventually banned all indoor dining and limited party seating.

Luckily, Roman was able to spend a small fortune to construct an outdoor eating space and keep his restaurant open to the public.

However, his good fortune was short-lived, as Newsome has now shut down dining out of any kind. Both indoor and outdoor dining is forbidden in the state. Takeout is currently the only avenue of revenue for Roman and his staff.

And it’s far short of being enough.

Now, this would be a difficult situation, to say the least. But that’s hardly where the buck stops.

In addition, to only allowing takeout food, Roman also has to make sure that none of his patrons, upon receiving their takeaway dinners and lunches, aren’t using one of the several local outdoor and public benches to eat their meals on.

Yep, that’s right. People aren’t even allowed to eat in any close proximity to the restaurant. And if they are, Roman is the one who gets in trouble for it.

Well, then take a look at this video footage.

It was taken on December 20 when two “diners” were spotted eating on a bench near Roman’s restaurant by a local health department official.

Like a good, loyal, and otherwise brainwashed liberal government employee, the health inspector didn’t think twice about writing Roman a citation for not complying with COVID-related regulations.

Naturally, this set Roman off.

So he preceded to block the health inspector’s vehicle from leaving until he had given him a piece of his mind.

It’s a fair question, right? I mean, I can’t imagine the state wanting everyone losing their livelihoods, and yet, it seems they are doing everything possible to ensure just that.

But Roman was far from done.

At this point, the health inspectors had called the police and pretty much extricated themselves from the situation, leaving Roman to get yet another citation.

Now, to be clear, Roman is not one of those that believe the pandemic is all a ruse of some sort. He told local news station KCAL, “I think the pandemic is 100 percent real. My mom is recovering from covid right now.”

However, he’s not about to let someone else’s fear of the disease make him lose everything.

He told KCAL, “I think we have entered into the realm of a lose-lose situation.”

And according to the response the video has gotten online, I’d say America agrees.

FOX News’ Todd Starnes noted that Roman had “asked the police officer and the health department Nazi whether they got a paycheck on Friday.” Of course, both of them had.

Starnes said, “The only person in that video not getting a paycheck is the law-abiding restaurant owner… That’s not right.”

Since then, a GoFundMe account has been set up to benefit the restaurant and has raised over $31,000. However, as Roman points out, it costs about $12,000 to pay for one week of the business’s expenses. Needless to say, the money won’t go nearly far enough.

Meanwhile, Newsom and his friends think it’s OK to defy their own orders and eat indoors in large parties without any repercussions.

EXCLUSIVE: We’ve obtained photos of Governor Gavin Newsom at the Napa dinner party he’s in hot water over. The photos call into question just how outdoors the dinner was. A witness who took photos tells us his group was so loud, the sliding doors had to be closed. 10pm on @FOXLA pic.twitter.com/gtOVEwa864