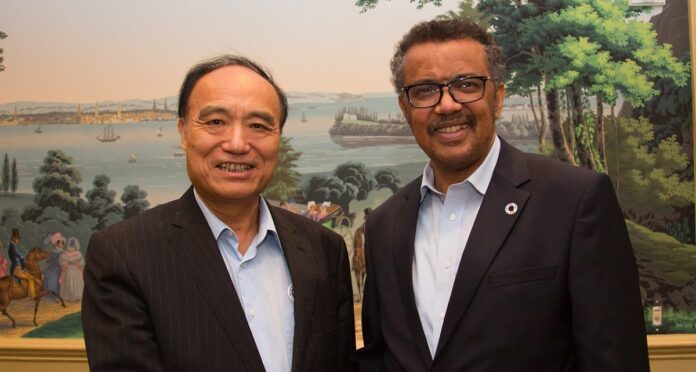 The world is being lied to by communist China and the World Health Organization. Both of these corrupt groups laughed and cheered as the China virus spread around the world. Both of these groups lied about the virus to the extent that it was blatantly obvious.

But now that the COVID-19 virus is set to disappear, they feel it necessary to start another panic attack.

The liberals jumped all over COVID-19. They took the pandemic idea to the next level as they lied about lockdowns and mask-wearing effectiveness. They played right into the hands of those that set the world on fire with a virus that no one knew about.

WHO and the communists want to see another round of liberal foolishness run through the world. The eastern power laughed its pathetic head off as the rest of the world overreacted with the 2020 virus con.

They want a sequel to the events of 2020, so they are pushing the notion that there are more viruses about to be unleashed on the world. These new viruses are far worse than what was intentionally released by the Chinese. And now that the WHO is eating out their hand, there is no warning system in place to announce the new arrivals.

Mike Ryan is with the WHO, and he is warning that COVID-19 is just a baby. He states that “This pandemic has been very severe. It has affected every corner of this planet. But this is not necessarily the big one.”

Ryan is a typical doomsday pusher. He is not having a good day unless he can cause at least one-person anxiety or fear.

There is not a person alive that would argue that COVID-19 taught the world a few lessons about virus containment. But what is not being said is how President Trump paved the way for a massive response to new viral infections of the future. The president made testing possible on a massive scale and proved that vaccines and treatments could be developed in record time.

The WHO pushes that the world “needs to get our act together.” These words are cryptic at best. When the words are mixed with wacky environmentalism, they are taken that humanity is going to be the next agent of destruction.

But that is all speculation.

It is hard to believe that people still believe in the WHO and communist China’s statements after they have lied on a massive scale to the world. A lie that has cost the lives of thousands of people. Souls that will never see the light of day again.

There is wisdom in the thought of being prepared at all times. But the WHO and others like them fail to understand humanity. Pandemics may strike, but humanity fights back and finds a way to beat the new threats.

The United States of America provides the best environment for new innovations and inventions to take place. It took the private sector to develop a vaccine for the COVID-19 virus. The governments of the world could not do what the private sector has done. Only a brainwashed Democrat would believe that they have all the answers to these new threats that are coming out.

Doomsday speeches come and go around the new year season. And viral pandemics seem to pop up on election years and important dates in history. The doom and gloom that China and the WHO would love to see happen is not set to come for some time. It is not an election year, so the Democrats do not need it to happen yet.

The one thing that needs to be learned from the pandemic is that the Democrats, China, and the WHO cannot be trusted to tell the truth any longer. These three entities seem to work in tandem to overthrow freedom and personal success.

Are we all enjoying this dry run?

“The virus is very transmissible, and it kills people… its current case fatality (rate) is reasonably low in comparison to other emerging diseases. We need to get ready for something that may even be more severe in the future.” https://t.co/1imZANBy1v

It is time for humanity to stop falling for the lies of liberals and take action to make sure that they cannot con the world anymore. The Democrats think they are cleaver, but they have met their match. The American people are no longer going to sit around and let them walk all over them.