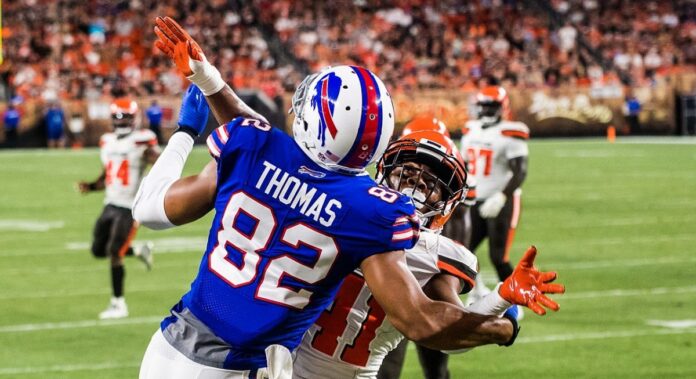 You know America is in trouble when politics enters into the sport of football, but thanks to the NFL’s left-leaning activism, it has. But fans of New York’s team, the Buffalo Bills, have had enough of the nonsense. In a recent petition signed by over 26,000 fans, they have asked the team to ban New York Gov. Andrew Cuomo from attending an upcoming game.

The Buffalo Bills will be facing the Indianapolis Colts in a playoff game where they are favored to win. As soon as Cuomo announced that he will attend the game, fans of the Bills began expressing their outrage. They find Cuomo so insufferable they don’t want to see his face at the game.

A Bills fan by the name of Jeffrey Dorenzo posted the petition on Change.org and it quickly started gathering moss as more and more fans began circulating it. Dorenzo was seeking 25,000 signatures and has now exceeded his goal as more outraged fans continue to sign it.

You see, Cuomo was the guy who kept the Bills stadium closed throughout the entire NFL season with his draconian methods of fighting the coronavirus pandemic. This will be the very first home playoff game since 1996 for the team and the fans are ecstatic. Cuomo has limited the attendance to a mere 10% capacity.

The petition read, “So Cuomo is going to attend our playoff game after telling us that we can only attend at less than 10% capacity? If he thinks he has more right to a seat in that stadium over people who have waited over 20 years for this opportunity, then people better be there to protest his entry. This is OUR team! This is OUR home. We don’t want you here.”

Since neither of New York’s other teams, the Giants and the Jets, made it into the playoffs, Cuomo only has one team to focus his oppressive and ridiculous tactics on. “I’m going to take my [COVID test], I’m going to be out there to watch the game with you, and we look forward to it,” Cuomo told the team owners.

Cuomo then tweeted this, “NYS, @NFL and @BuffaloBills have come to an agreement to allow ~6,700 fans to attend the first home playoff game. The stadium is outdoors. Every fan must test negative before game, wear a mask & social distance. There will be post-game contact tracing. To Bills fans—be smart.”

NYS, @NFL and @BuffaloBills have come to an agreement to allow ~6,700 fans to attend the first home playoff game.

The stadium is outdoors. Every fan must test negative before game, wear a mask & social distance.

A local TV station reported, “Officials say 6,700 fans will be allowed inside the stadium. All fans must take a COVID-19 test and have proof of a negative test result within 72 hours of entering the stadium. Contact tracing will be done after the game. Masks and social distancing will be required at all times. Fans who refuse to comply will be removed from the stadium. Tailgating and mass gatherings will not be allowed.”

Here’s the real kicker. No doubt forced to do so, the team released the following announcement, “Fans will be required to pay for their testing as part of their ticket purchase to cover all associated costs. BioReference Laboratories is providing each test for fans at a reduced cost of $63. There will also be an additional cost of $11 for parking.”

This equals $74 before the cost of admission to the game. It’s important to note how Cuomo and his crony officials have not taken a pay cut during the pandemic though they did cause thousands of residents to lose theirs. Now hold on. He gave himself a $25,000 pay raise. Andrew Cuomo is now the highest-paid governor in the entire nation.

Cuomo has not indicated that he plans on skipping the game, but if he does still go he’ll be the most hated man in the stadium, and the Bills fans have every right to feel this way.