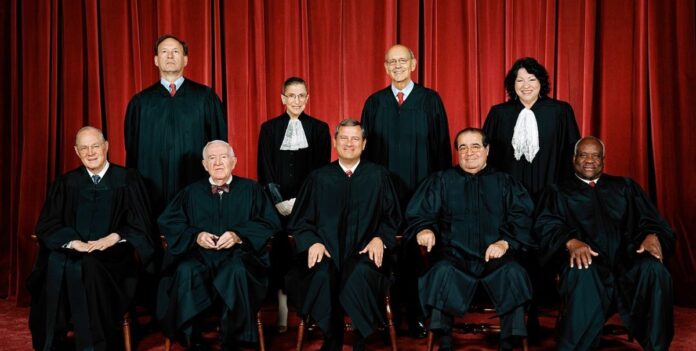 This is the sort of story that brings a certain phrase. Be careful what you wish for because you just might get it! Biden has managed to gain a narrow Senate majority, so the progressives are already dreaming about all of the spoils that they can enjoy.

They are also scarred by late Justice Ruth Bader Ginsburg’s refusal to retire so that President Obama would have a chance to appoint a replacement.

Now, they have decided to take out their frustration on Justice Stephen Breyer. Politico has more. “Demand Justice, the group founded in 2018 as a progressive response to conservative organizing around the courts, praised Breyer in a statement to POLITICO but encouraged him to make way for a younger liberal replacement and to do it early in Joe Biden’s first term.

“Justice Breyer’s service on the Court has been remarkable, and history will remember him even more fondly if he ends up playing a critical role in ensuring the appointment of the first Black woman to the Court,” said Brian Fallon, the group’s co-founder and executive director.

“Timing his retirement in the coming year would guarantee that opportunity, and it would be wise to do so because the window may prove a narrow one.”

Fallon’s comments are the latest example of Democratic anxiety about the composition of the Supreme Court, where conservatives outnumber liberals six to three. And it illustrates how the left-wing of the party feels immediately emboldened to push Biden now that a Democratic Senate majority seems likely, however narrow.”

However, the situations are not exactly the same. Breyer and Ginsburg are at different stages of their careers.

Biden and Obama are also at different points. For once, they cannot make this about Donald Trump. For starters, it should be easy for any Biden SCOTUS candidate to be pushed through. After destroying the filibuster for presidential appointments back in 2013, Chuck Schumer and Harry Reid won’t be restoring it.

Confirming a nominee is going to be very easy. As long as they have all 50 Democrat votes, Kamala Harris can serve as the tiebreaker.

Joe Manchin is going to be a fly in the ointment, though. His constituents are already furious and they are sure to vote him out in 2024 if he allows the progressives to run wild. In other words, a green light for progressives in the Supreme Court could spell doom for him.

All of this assumes that Manchin remains on the left side of the aisle. Fortunately for the Democrats, this is a lot more likely after Trump’s demagogue behavior caused the Capitol building to be stormed by his supporters.

This isn’t exactly the best time to be switching allegiances. Manchin risks offending his more moderate voters with such a move.

Stephen Breyer is one of the most reliable voices on the court, from a liberal to progressive standpoint. Sonia Sotomayor is far more progressive but Breyer is more likely to be pushed into a more moderate position. If progressives think that Biden is going to ram Sotomayor through when Senate Republicans are still enraged over the treatment that was given to Amy Coney Barrett and Brett Kavanaugh.

Biden is more of a center liberal type, so it makes sense that he would want to choose someone who is less likely to upset the right side of the aisle. He’s the one who has been preaching all about unity. It would be a bad decision to immediately go against these messages, just to stick it to the right-wing.

If progressives successfully force out Breyer, their best bet is to hope for a justice that takes a slightly less hard-line stance. This seems like a pretty silly risk to take just so that you can keep the count at 6-3. Breyer has been good to the progressives and they may just want to leave well enough alone. Near as we can tell, there should be no rush.