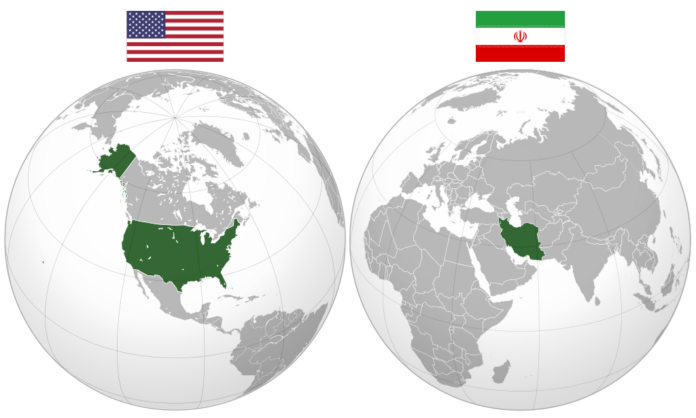 Global leaders seem to be running forward with blinders on in their pursuit of a nuclear deal with Iran. They continue even though the newly elected Iranian president is under sanctions by the United States for human rights violations, according to the Associated Press.

There are nuclear agreement talks happening now at the Grand Hotel in Vienna, Austria. Iran and other global leaders are attempting to restore the 2015 deal. Former President Trump pulled out of this nuclear agreement in 2018 saying that it was “defective at its core,” according to Fox News.

Enrique Mora is the EU official who chaired the final meeting of talks between Russia, China, Germany, France, Britain, and Iran. He said, “we are closer to a deal, but we are not still there,” according to AP.

“We have made progress on a number of technical issues,” Mora continued. “We have now more clarity on technical documents — all of them quite complex — and that clarity allows us to have also a great idea of what the political problems are.”

The talks have continued recently in spite of the fact that Iran’s newly-elected president Raisol-Sadati, known as “Ebrahim Raisi,” is under sanction by the U.S. for human rights violations.

Trump’s administration put these sanctions on Iran in 2019 with an executive order. It described Raisi’s regime imposing a brutal crackdown on Iran’s Green Movement protests.

The Executive Order also revealed that Raisi participated in a “death commission that ordered the extrajudicial executions of thousands of political prisoners in 1988.”

Raisi was also accused of not investigating the fatal shootings of hundreds of peaceful, unarmed demonstrators during a 2019 nationwide protest over a rise in gas prices. The former judiciary chief was in charge as almost 7,000 protesters were arrested, tortured, and sentenced to harsh prison terms, according to The New York Times.

Naftali Bennett, Israel’s new prime minister, said that Raisi’s election was “the last chance for the world powers to wake up before returning to the nuclear agreement and to understand who they’re doing business with.”

“These guys are murderers, mass murderers: a regime of brutal hangmen must never be allowed to have weapons of mass destruction that will enable it to not kill thousands, but millions,” Bennett said, according to the AP.

Although the United States is not represented at the talks in Vienna, President Joe Biden has made it clear that he has an interest in re-joining the 2015 Iran nuclear deal.

This story has hit the social media world. Lahav Harkov tweeted this quote from Israel’s prime minister: “Raisi’s election as president of Iran is a signal to world powers that they need to wake up…a moment before returning to the Iran Deal. They must understand who they’re doing business with and what kind of regime they are strengthening.”

At his first news conference since his victory in Friday’s election, Ebrahim Raisi promised he would not allow the talks in Vienna to be dragged out. He also insisted that Iran’s ballistic missile program was “not negotiable.”

Raisi urged the US to immediately return to the deal and lift all the sanctions that have crippled the Iranian economy. When asked if he would meet President Joe Biden if it did so, he replied: “No.”

When questioned about his human rights record on Monday, Raisi said: “I am proud to have defended human rights in every position I have held so far.”

The question remains…will the global leaders wake up before this deal is brought back to life?