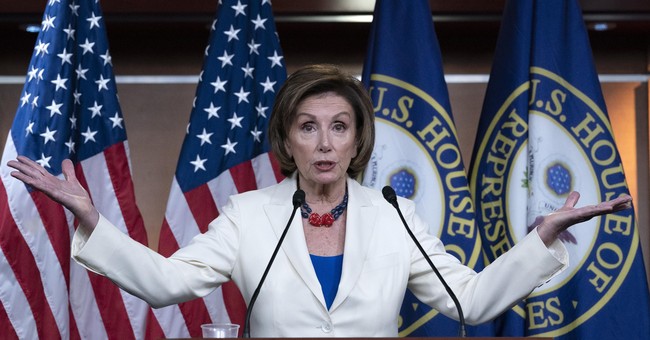 The Jan. 6 U.S. Capitol riot happened six months ago and most of the individuals involved are being prosecuted. But, by golly, Pelosi and the gang are intent on milking the incident for all it’s worth, which may not be as much as they would hope.

House Speaker Nancy Pelosi (D-CA) announced on Thursday that she is creating a special committee to further investigate the riot, claiming it is “imperative that we seek the truth.” Apparently, Democrats still don’t think the F.B.I.’s investigation into the matter, nor the other congressional probes are sufficient.

However, as my colleague Bonchie pointed out, Pelosi claimed she already knew what sparked the riot. It was – you guessed it – bigotry! However, as Bonchie noted: “In fact, it seems pretty clear to me that those who trespassed at the Capitol did so out of the delusional idea that they could stall the certification of the election. To the extent that the array of people involved may have had varying viewpoints about varying subjects, that doesn’t speak to the motivation of that day.”

Still, despite the fact that Pelosi knows bigotry had little to nothing to do with the riot, she and her merry band of Democratic lawmakers are holding on to the incident like a pit bull on a raw steak.

“Jan. 6 was a day of darkness for our country,” Pelosi said, according to the Associated Press. She stated that the “terror and trauma” experienced by lawmakers and staff is something she cannot forgive.

The House speaker gave no indication as to when she would form the committee and did not state who would lead or serve on the committee. However, it is clear that the investigation will be led by Democrats, who desperately need a way to distract from President Joe Biden’s dismal performance. Her announcement comes after Republicans voted down an effort to further politicize the tragedy by appointing a 9/11-style commission to look into the riot.

As I indicated previously, this new committee is nothing more than an effort to propagandize by keeping the riot in the news as much as possible. There is likely no significant information that will emerge from this new investigation that the F.B.I. will uncover. It is a similar ploy to that which Democrats pulled by having the National Guard remain stationed at the Capitol for five months despite the fact that no threats were presenting themselves.

Unfortunately for the Democrats, the riot is one of the only political weapons that might have a level of efficacy. However, it still appears that this cow has run out of milk. Any results that this committee discovers or fabricate will be immediately suspect based on the fact that this is clearly a politically motivated witch hunt to smear conservatives and Trump supporters.

Moreover, it’s worth pointing out that keeping the riot in the news isn’t going to do the level of damage necessary to ensure that the Democrats hold on to both chambers of Congress after the 2022 midterm elections. Indeed, with Biden’s presidency already being a dismal failure and the Democrats’ difficulties in ramming through legislation, it’s not looking so good for them. Let’s just hope the Republicans don’t find a way to screw the pooch on this one.