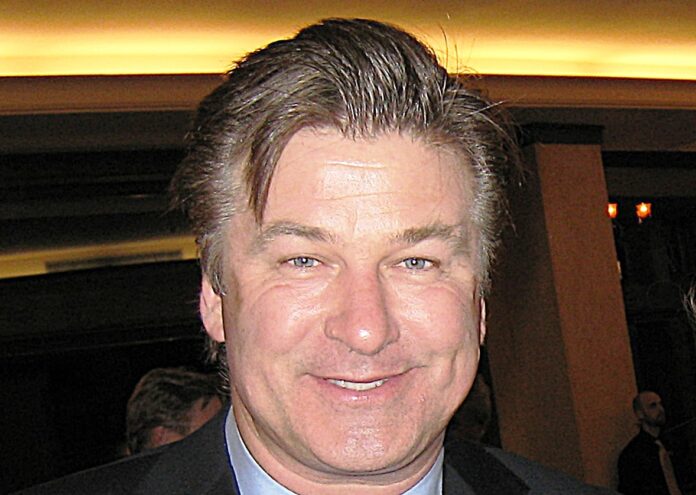 2020 has been full of strange stories but this one just might take the cake. Hilaria Baldwin, the wife of actor Alec Baldwin, finds herself in hot water because she may have misrepresented herself. She has been referring to herself as Spanish for the majority of her life but the jig may now be up!

Like so many of the controversial stories that bubble up these days, it all started with a tweet. The Daily Beast has the scoop on this one and it is hilarious. “The user, who goes by the handle @lenibriscoe, shared a number of damning videos of “Hilaria,” from a Good Morning America appearance where she employed a Spanish accent to a Today show stop in which she supposedly could not remember the English word for “cucumber,” they shared.

We had no idea that this story had even become a thing until yesterday so we have been monitoring it closely ever since. It’s not like Alec Baldwin is someone who we spend a lot of time thinking about. He’s also not someone that tends to come off well, so it’s not like anyone is going to be feeling sorry for him because he allowed a con artist to take advantage of him.

All we knew about this wife was that she is some sort of Instagram influencing type that is clearly using her marriage to climb the social ladder. The only thing that we did notice was that all of their children have Spanish names but that’s not uncommon for white people. After all, it’s not like you can name your kids Karen or Chad anymore, those names are now shorthand for the internet’s vision of the worst kind of white people.

We have now uncovered the rest of her story, thanks to the good folks at Daily Beast and other outlets. “Hilaria” was born in Boston and her actual name is Hillary Hayward-Thomas. Cambridge School of Weston, in Massachusetts, counts her as an alumnus. Like many white women in her position, she decided to start misrepresenting herself at a certain point, for personal gain.

“However, in response to the viral tweet calling her Spanish ancestry into questions, a number of people claiming to be Hilaria’s former high school classmates came forward to clarify that her name is, in fact, Hillary Hayword-Thomas, she grew up in Massachusetts, and while she’s a very nice girl, she is not Spanish. Hilaria told the podcast “Motherhood, Marriage & Miscarriages” in April that she moved to New York from Spain when she was 19 to attend NYU. However, she is also listed as a notable alumnus on the Wikipedia page for the Cambridge School of Weston in Weston, Massachusetts.

Both her parents, Dr. Kathryn Hayword and David Thomas do currently reside in Mallorca after moving there in 2011. One Twitter user, who describes herself as a professional genealogist, claimed that after doing a “quick and dirty tree” of Baldwin’s maternal ancestry, she “found English, Irish, French Canadian, German, and Slovak. Some deep New England roots. No Spain in sight.” The obituary for Hilaria’s paternal grandfather, David Thomas Sr., also states that his “family presence in that part of Vermont pre-dated the American Revolution,” Vanity Fair reports.

Alec, for his part, immediately jumped to her defense. TMZ, the New York Times, and Facebook were all given a piece of his mind. Hilaria has decided to stop lying but she is still claiming to have strong Spanish heritage. To be fair, families do travel and maybe she did spend a lot of time in Spain. However, none of her explanation makes any sense.

It’s entirely possible that she now believes she is Spanish because she has been presenting herself that way. Alec is going along with it, too. He basically has to at this point. They already have five children together and divorce proceedings are sure to get costly. All we know for sure is that this whole thing is a huge mess.