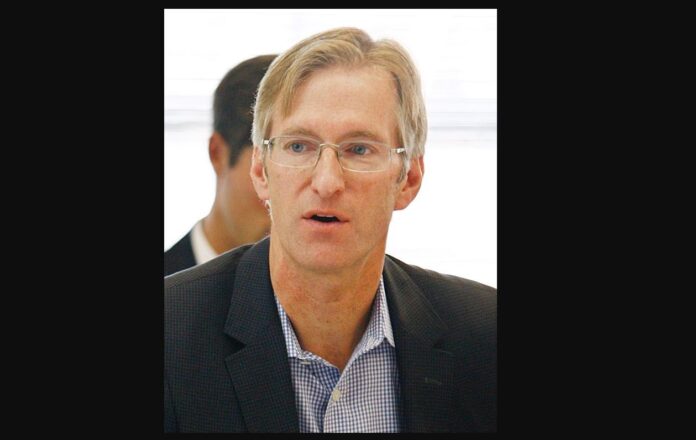 Being a mayor is a hard job. It’s why it’s important that citizens look at the qualifications of an individual before filling in the circle of just any name on the ballot. Ted Wheeler, the mayor in Portland, has proven time and again that he’s in way over his head.

Wheeler grew up in Oregon. He used to be a Republican and, decided that it was time to register as a moderate Democrat in 2001. “Moderate” is a term that is used loosely as it appears that he’s been shifting further and further to the extreme left within the past few years.

This is a reasonably intelligent man. He’s been educated at Stanford, Columbia, and Harvard. Yet, he can’t seem to get his city under control.

For most of 2020, he decided that it was easier to look the other way on most issues. You want to occupy downtown? Go ahead. You want to throw Molotov cocktails at police vehicles? Sure thing.

Now, though, he’s decided that it’s time to put his education to good use. He’s decided to stop being a doormat.

Too little too late? Probably.

After months of watching the city implode with the actions of extreme progressives and Black Lives Matter activists, Wheeler has said that he’ll “push back harder” – especially now that there were more violent protests on New Year’s Eve.

What does pushing back harder even look like for the Portland mayor? Most residents would appreciate him pushing back at all. It wasn’t even two months ago that he swore that there would be no autonomous zone in Portland when that is exactly what was there. Why? Because he failed to push back.

The “anti-fascist” protesters have been tearing Portland apart nearly every week since Memorial Day weekend. On New Year’s, they really had a party – tossing Molotov cocktails into businesses, restaurants, and buildings. Commercial-grade fireworks were even set off at a federal courthouse in downtown.

The Portland police called the protest a “riot” instead of the protest that the organizers claimed it to be due to the level of violence.

It’s hard to believe that Ted Wheeler is actually going to lead his city, though. He promises to push back harder, but this is the same guy who actually joined an Antifa protest at one point to show solidarity with the demonstrators.

Wheeler said that his “good faith efforts” to de-escalate what Antifa has been going across the city have been met with “ongoing violence and even scorn.”

At this point, Mayor Wheeler is saying that he’ll use “additional tools” along with pushing the limits of the tools they’re already using. Is he calling in the National Guard? No. Is he calling in help from the Trump administration? Also no.

He is going to consider tougher penalties (assuming that the liberal district attorney backs him on this). He also wants to see the offenders do public service, including meeting the owners of the businesses they have damaged.

Well, he may want to join hands and sing with them, too. It’s clear that his promises to do anything real about the riots aren’t real. He’s scared to stand up to them.

It’s clear that no one wants him as mayor, too. When he’s spoken at rallies, it’s met by “boos” as well as calls for his resignation. The protesters have also targeted his condo in Portland.

Other cities can clear out the protests immediately. It’s all a matter of what the city wants to do. As the protests continue to happen weekly in Portland with many of them becoming increasingly more violent, Mayor Wheeler may have to face the music that he’s just not equipped to do his job.