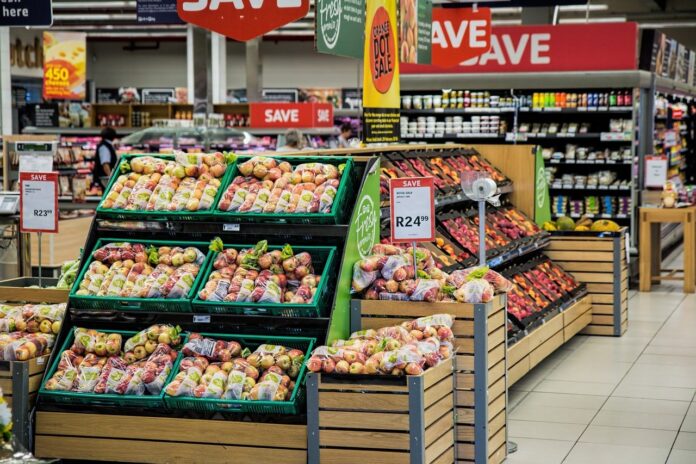 If you listen to the media, they’ll tell you that it’s too difficult to get vaccines. They’ll complain that the distribution is slow and that the only way to get the shots is to visit hospitals and doctor’s offices.

Oh, and the vaccines are only going to frontline workers and those who are at high risk of getting COVID-19.

Is that really the truth, though? No. The liberal media loves to blow things out of proportion. The reality is that even grocery stores are offering the vaccines, sort of.

This sounds like a pandemic-promoted episode of Supermarket Sweep. “Go get your COVID shot on aisle nine.”

A law student and his friend were in Washington DC, grocery shopping at a Giant Food supermarket. A pharmacist flagged them down and offered the COVID-19 shot to them.

Umm, not your average grocery store offering, especially when the media is constantly complaining about supply problems.

Apparently, there were two first responders who were supposed to get the shot. They didn’t show, and since the Moderna vaccine has to be transported and stored at such low temperatures, the vaccines spoil after being at room temperature for too long.

Rather than tossing two perfectly good vaccines, the pharmacist made the best out of the situation – and the two college students were grateful.

The CDC continues to promise that states are providing for first responders, at-risk populations, and essential workers first. Clearly, that’s not the case. At least not in Washington DC when even a grocery store can get their hands on the vaccines.

So many Democrats want to go on and on about how it’s all Trump’s fault that the vaccines aren’t getting out to the masses. They complain that the Pfizer and Moderna vaccines will be a nightmare to distribute because of the transportation and storage temperatures.

Yet, literally, a grocery store can handle the storage requirements. Maybe it’s not as hard to get the vaccines out to the masses as the liberals want us to believe.

If the average grocery store can offer a flu shot, they can easily offer the COVID shots, too. Trump has everything under control. More and more pharmaceutical companies are getting their vaccines approved by the FDA. It’s been estimated that anyone who wants a vaccine will be able to get one by May.

Meanwhile, on Capitol Hill, there are arguments about who is going to get one. Too many lawmakers are saying they’ll refuse a shot because they don’t want to skip the line. What happens if too many lawmakers get sick, though? We have to maintain a working government. And, have we really taken a good look at our lawmakers lately? Many are at risk because of their age.

Nancy Pelosi, Dianne Feinstein, Mitch McConnell, and plenty of others are 70 and even 80 years of age. Take the shot and stop arguing – unless there’s something wrong with the vaccine that you would like to share with the rest of the country?

Clearly, it’s not as hard to get as the news outlets want you to believe. If you walk around a grocery store long enough, you might even get offered one if the first responders don’t show up. It won’t be long before the vaccines are sold in vending machines right along with the PPE at airports.

Distribution isn’t the problem. The reality is that when lawmakers are arguing about getting it, people start to wonder if it’s really okay to take it