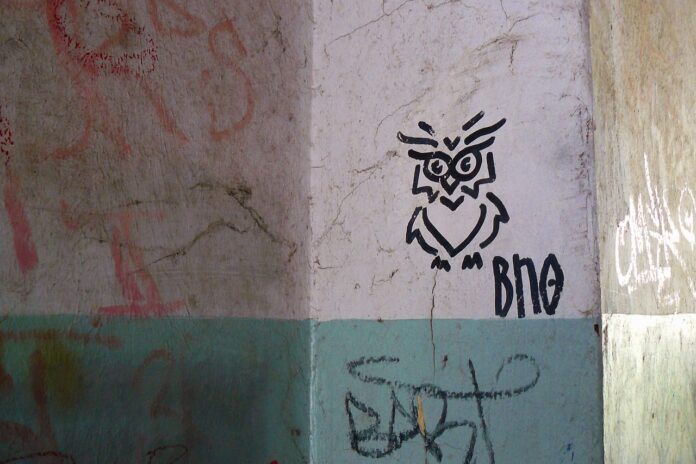 Dealing with liberals is often like dealing with toddlers. You let them have their temper tantrum, but you don’t give in to their demands. They’re overtired. They don’t know what’s best for them. So, you let them stomp their feet and, then, you put them down for a nap.

Now, if that toddler gets so out of control that they become destructive, you have to sit them down and tell them “no.” You also most certainly don’t give them what they want. Psychologists would call that negative reinforcement. You simply don’t do it.

Vandalizing a Senator’s home is basically a temper tantrum of epic proportions.

Senator Josh Hawley’s home was the victim of left-wing activists. While his wife and newborn son were home alone, ShutDown DC activists decided that they were going to vandalize and protest.

Hawley has been one of the biggest supporters of Trump, particularly in the effort to ensure that every vote was properly counted. It is within the right of the American people to confirm that the votes are correct. However, the ShutDown DC organization sees it differently.

The protesters decided that vandalizing the Senator’s home was the best way to get him to drop his objection to the Electoral College vote.

Vandalization is the way that they want to get their point across.

Josh Hawley was in Missouri when all of this happened. As he tweeted, “Antifa scumbags” decided to visit the family’s home in DC. The rioters screamed threats, vandalized the home, and tried to pound the door down.

Is this peaceful? Is this the best way that the rioters can be heard?

Hawley isn’t the only one who is looking to change the outcome of the vote. However, the rioters decided they wanted to start there.

Some of the activists chose to live-stream the protest. Candles were lit and a copy of the Constitution was delivered to the front door of the Missouri Senator. They tweeted about how they were going to “encourage him” to end the attack on democracy.

That’s a fun word. Trying to bust down a man’s front door is just encouragement?

They’re worried that Hawley and other members of the GOP are trying to damage democracy. However, democracy is all about the will of the people. More specifically, it’s the will of the majority. Those with the candles in their hands aren’t the majority – they’re just the loudest. And one of the reasons why Trump supporters haven’t been louder is because of thugs like those in ShutDown DC.

Hawley has valid concerns – mainly, voter fraud. There are quite a few election irregularities that need to be brought to light. To stay silent on them is to truly damage democracy.

No one is saying that Trump has to win. However, it has to be said that Biden won without a shadow of a doubt. Right now, that shadow is really large – and Hawley is prepared to tackle it. The unfortunate side effect, however, is that he’s dealing with toddlers all over his front lawn.

Those “toddlers” are not silent. They’re not having the silent protest that they claim. It’s why the police ended up having to show up.

If people are simply making a peaceful showing and a delivery of the Constitution, there was no need for the police to show up. However, trying to kick down a door while also yelling threats to a senator’s wife and child required police intervention.

The activists say they want to protect democracy. Yet, they’re not part of Congress. They’re bullies, pure, and simple. Threatening violence on the front lawn of a Senator’s home is not an effective way to communicate wants and needs.

All of this is being done to hide the fact that Biden may not actually be the rightful president. The numbers don’t add up – and all Hawley and other GOP senators want is the chance to prove it.