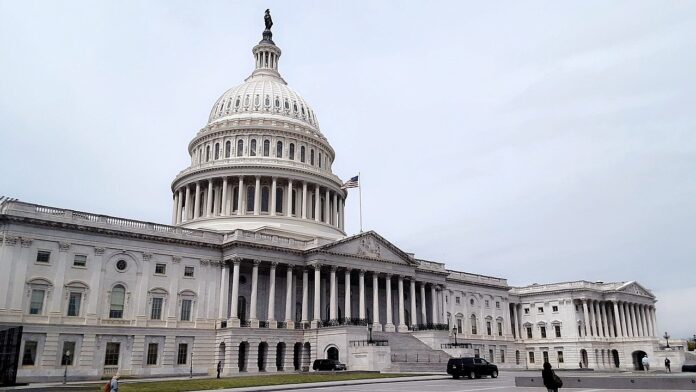 Certain discussion topics seem to pop up every few years in politics, namely when the political left has some sort of majority. And at the top of the list is the possibility of making Washington D.C. a full-fledged state.

Now that Democrats have assumed control of the White House, the Senate, and the House of Representatives, albeit, by small margins, talk of adding more representation to both legislative houses have begun in earnest.

And by earnest, I mean that Senate committees are actually starting to meet on the issue instead of just being something tentatively proposed.

“The Senate Homeland Security and Governmental Affairs Committee will convene a hearing on Tuesday on whether to grant Washington D.C. statehood status which would add one more representative and two senators to Congress.”

The argument for those in support of statehood has pretty much always been that denying the seat of our capitol statehood is akin to tyranny as that area is supposedly left without representation, at least in the typical sense.

As Democratic Senator Tom Carper of Delaware wrote in a news release on his website promoting such a move, “Our nation’s capital is home to more than 700,000 Americans who, despite our nation’s founding mantra – ‘no taxation without representation’ – pay their share of taxes without full voting representation in either chamber of Congress.”

He continues, noting that this must be changed and the “historic injustice” righted.

Representative Rashida Tlaib of Michigan gets a bit more dramatic when discussing the issue, suggesting that anyone who opposes the possibility of statehood is downright “shameful” and supports an “authoritarian system implemented by a bunch of elites who thought it was OK to enslave people for their selfish monetary gain hundreds of years ago.”

However, their claims that these 700,000 people in D.C. are taxed as all other Americans but without representation aren’t precisely accurate.

Firstly, they do, in fact, have voting representation. No one is denying them the right to vote. When an election is held, whether it be for city mayor, school board members, or the United States president, they go to the polls just like everyone else. The only difference is they don’t vote for senators or a representative in the House.

Then again, that’s not entirely accurate either.

While they don’t have the usual “representative” in the House, they do have someone who represents them in that legislative House. And that person is known as the Washington Delegate. The job is pretty much the same, with the only real difference being the title.

Currently, the seat is held by Democrat Eleanor Holmes Norton. She naturally supports the push for statehood, as she likely believes that making an area she represents a state would allow her to further her political career as either the area’s one and only “representative” or one of its two senators.

The only real problem for the Democrats’ plan to add more voices likely to be in tune with their own is that their margins of majority are nearly the slimmest one could imagine in both houses. Oh, and, of course, there is the matter of the Constitution, which denies D.C. the right to statehood.

As Democratic Senator Joe Manchin of West Virginia explains, the last time the topic of statehood or D.C. representation became a serious one, back in 1961, the subsequent changes were not made by Congress but rather ratification of the 23rd Amendment. This change granted the residents of D.C. representation in the Electoral College.

According to a WVNews report in April, Manchin said that “Congress had three options to choose from back in 1961. They could either have D.C. statehood. They could have retrocession to Maryland. … Or they could have granted electoral votes to D.C.”

Clearly, that latter was chosen. And as it was changed by amending the Constitution, the only way to give the residents of D.C. more representation now is not by a vote in Congress but by a similar ratification process.

Additionally, there is the problem that while the Democrats who want this change do hold the majority, the current allowance of the filibuster requires 60 votes to pass. And not only is there not a single Republican who supports the statehood move, there are two Democrats who oppose it as well.

Basically, the move is dead in the water already. But, of course, Democrats will push and push until they either get their way or someone makes them understand that it’s just not going to happen.