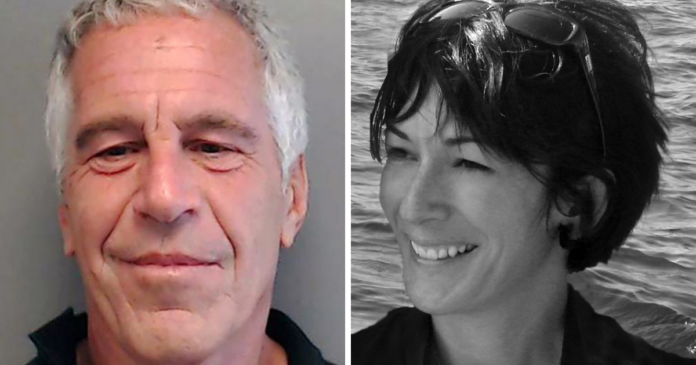 The name Ghislaine Maxell never goes away for long. Jeffrey Epstein’s alleged pimp is still trying to break free from the bonds of solitary confinement behind prison bars, but the judge in her case said she isn’t going anywhere just yet.

She has been, and still is, considered a flight risk. With Maxwell’s collection of worldwide elites who don’t want their names brought up during her upcoming trial, she has a myriad of worldwide locations in which to seek refuge.

District Judge Alison Nathan wrote in her order, “The court concludes that the government has met its burden of persuasion that the defendant poses a flight risk and that pretrial detention continues to be warranted.”

Nathan is allowing two days for Maxwell’s attorneys to submit justifications for her release which will then be reviewed prior to an official order being entered into the court docket. Thus far, every previous justification has been stricken down so there is no reason to believe this time around will be any different.

In July of this year, Nathan ordered the 59-year-old Maxwell to be held at Brooklyn’s Metropolitan Detention Center a federal prison, without bail. “No conditions or set of conditions could reasonably assure the defendant’s appearance at future proceedings,” Maxwell said.

According to prosecutors, the court’s case against her is so strong that she has every reason to flee. Her extensive international ties along with holding dual citizenship in two foreign countries is a red flag that she may never be seen again if released.

In 2019 when Epstein was arrested and accused of trafficking and abusing young girls, Maxwell went into hiding. In July, she was tracked down and arrested at a 156-acre property and estate in Connecticut. Interestingly, the estate had been purchased by an anonymized limited liability company.

Some of the girls Maxwell recruited were as young as 14. Once on board, it was her role to then personally groom them for the sexual tasks they were to perform with Epstein’s high-rolling friends and associates, and with Epstein himself.

At the time of Maxwell’s arrest, Audrey Strauss, acting U.S. Attorney for the Southern District of New York, said in a statement, “She pretended to be a woman they could trust. All the while, she was setting them up to be abused sexually by Epstein and, in some cases, Maxwell herself.”

Maxwell’s lawyers are saying that because she pleaded not guilty to every crime, the system has no justification to hold her in confinement. The court ultimately did offer a bail package in early December, knowing it would not be accepted, and it wasn’t.

The court set the bail at an astounding $28.5 million and added the following two strict conditions. The alleged child abuser could not leave NYC, and she was to remain under 24-hour guard.

“Ms. Maxwell is proposing an expansive set of bail conditions that is more than adequate to address any concern regarding the risk of flight and reasonably assure Ms. Maxwell’s presence in court,” her lawyers had written in their efforts to spring their high-profile client.

Prosecutors disagreed by issuing the following reply. “The offense conduct outlined in the indictment remains incredibly serious, the evidence against the defendant remains strong, and the defendant continues to have extensive financial resources and foreign ties, as well as the demonstrated ability to live in hiding for the long term,” they wrote. “In short, the defendant poses an extreme flight risk, no condition or combination of conditions can reasonably ensure her appearance in this district, and the court should not alter its prior finding to that effect.”

Rest assured, Maxwell will remain where she belongs until her sentencing date, and if the prosecutors have their way, she’ll be settling in for up to 30 more years of the same.