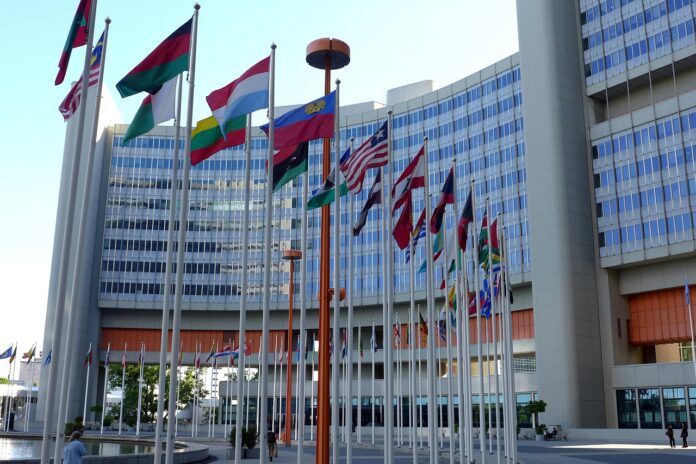 President Donald Trump’s pardon of several members of the private military company Blackwater is being protested by the United Nations, according to a report by Reuters on Wednesday.

According to the report, the four Americans were convicted of killing Iraqi civilians while working as contractors in the country in 2007. The UN is arguing the US is violating its obligations under international law,

“Nicholas Slatten was convicted of first-degree murder, while Paul Slough, Evan Liberty, and Dustin Heard were convicted of voluntary and attempted manslaughter, over the incident in which U.S. contractors opened fire in busy traffic in a Baghdad square and killed 14 unarmed Iraqi civilians,” Reuters reported.

The four contractors who worked for the privately owned security firm, which is owned by the brother of a Trump administration cabinet member, were all recipients of a pre-Christmas pardoning spree from the White House.

“Pardoning the Blackwater contractors is an affront to justice and to the victims of the Nisour Square massacre and their families,” said Jelena Aparac, chair of the U.N. working group on the use of mercenaries, said in a statement according to Reuters.

The publication reports that the Geneva Conventions would “oblige states to hold war criminals accountable for their crimes, even when they act as private security contractors.”

“These pardons violate U.S. obligations under international law and more broadly undermine humanitarian law and human rights at a global level,” Aparac went on. He asserts that the United Nations is of the opinion that if the private contractors are allowed to “operate with impunity in armed conflicts” other states will be emboldened to circumvent humanitarian law.

The four officers aren’t the only ones that benefited from the pardons, however, as the president faces a potential departure from office on Jan. 20.

The Hill reported that the president also granted clemency to three former Republican congressmen and two non-elected individuals who were changed in association with former special counsel Robert Muller’s investigation.

“He also granted a pardon to former New York GOP Rep. Chris Collins, who pleaded guilty to conspiracy to commit securities fraud and lying to the FBI in 2019 and is currently serving a 26-month sentence,” The Hill reported. “Additionally, Trump commuted the sentence of former Texas GOP Rep. Steve Stockman, who was convicted in 2018 of money laundering, conspiracy and other charges related to a scheme to defraud charitable donors.”

Though the president has been consistent in his message that he believes he won the 2020 presidential election, if all legal votes were allocated correctly, it seems that he might be considering “what next” if he’s unable to snatch an unwarranted victory from former Vice President Joe Biden.

The president has granted 15 pardons in total as well as five commutations, according to the White House on Tuesday evening, though he is considering a few more clemency grants as Jan. 20 draws near and Americans face the potential of aging, mentally compromised president and progressive and morally compromised vice president, poised to take command.

While it’s not at all uncommon for a president to grant pardons while contemplating his departure from office (in fact, it would be uncommon if he didn’t hand out pardons), as with most things the president has done in Washington, the normal and even mundane has been breathlessly foisted upon Americans as an egregious miscarriage of justice, the likes of which cannot be tolerated.

For reference, Obama is believed to have handed out 212 pardons and 1,715 commutations, of which 504 were life sentences.