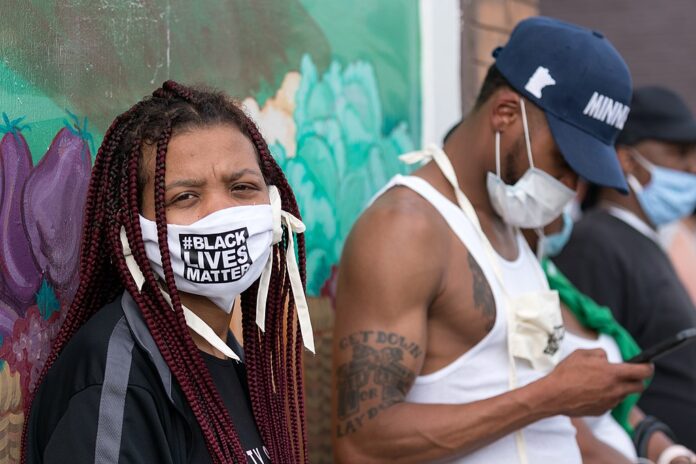 The Portland riots are still going strong, even as of New Year’s Eve. The angry mobs were full of Antifa members who were looking for trouble anywhere that they could find it. Firebombs were thrown at the police. Commercial grade fireworks were set off at the city courthouse. Fires were set, windows were broken, you get the drift.

Anyone who has been paying attention to the news this year is not surprised at all. This is just another day in America. However, this riot produced a twist in the plot that we did not see coming. Portland Mayor Ted Wheeler seems to have finally gotten sick of what he is seeing. He issued a statement that is actually critical of the protesters!

Now, we are actually surprised. The people who are responsible for the destruction are being blamed. Andy Ngo reported on the matter and as always, he has the scoop when we need it. “In his new year’s presser, Portland Mayor @tedwheeler admits that his efforts to de-escalate & compromise with Antifa have failed to yield results. He condemns the violent extremist movement by name & calls for more to be done,” he tweeted.

The video of the presser was also shared on Facebook. Fox News has more context on this story and it is well worth a read. “Portland Mayor Ted Wheeler is promising to “push back harder” against anarchist radicals after another riot rocked the city on New Year’s Eve, admitting that months-long efforts to stem the violence have failed.

“My good faith efforts at de-escalation have been met with ongoing violence and even scorn from radical Antifa and anarchists,” Wheeler said during a Friday news conference, according to KOIN. “In response, it will be necessary to use additional tools and push the limits of the tools we already have to bring the criminal destruction and violence to an end.”…

“Lawlessness and anarchy come at great expense and great risk to the future of our community,” he said. “It’s time to push back harder against those who are set on destroying our community, and take more risks fighting lawlessness.”

This is a lot to take in all of a sudden. We have yet to hear Wheeler use the word “Antifa” and he has yet to blame the rioters for their own actions in any meaningful way. The police were blamed for the problems for most of the summer. President Trump even attempted to send in federal troops to keep the city’s courthouse protected. He was rebuffed by Wheeler.

Now, what can he do? He’s finally ready to utilize the police but why are they going to help him at this point? They are already fleeing the city and heading for greener pastures. The City Council has also been forced to slash its budget to smithereens. It’s going to be tough to lure new police officers to the city when there is no money to pay them. The conditions in the city have also continued to deteriorate.

Insurance companies’ refusal to underwrite companies is also playing a role in this city’s descent into madness. Businesses do not want to deal with this. If they are insane enough to reopen, they will be smashed into pieces within weeks. Ted Wheeler has finally decided to get a backbone but it’s too little, too late. He waited until the elections were over and he’s already received another term from the citizens who were dumb enough to vote for him.

Earth to Portland voters: this is the city that you have chosen for yourself. There is nothing left for them to do but get used to it. They were given every opportunity to embrace law and order. Instead, they chose to let their overly woke mayor lead them into the abyss. It’s funny how Wheeler finally came to his senses after he followed the Democrat directives. The rest of us can kick back and break out the snacks.