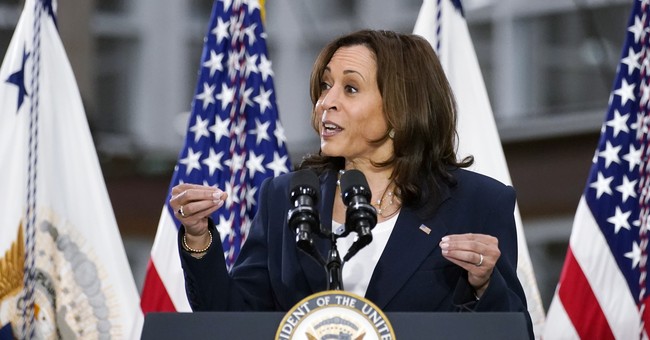 It caused some controversy, because some thought it overly sexualized the song in the video. But, Simone’s granddaughter, ReAnna Simone Kelly, came to Bailey’s defense, saying her grandmother would have loved the rendition.

But, there was a surprising reaction from Simone’s granddaughter in the back and forth about her grandmother on Twitter. Someone asked about who was behind the Simone Twitter account.

That’s when the granddaughter went off on former California state Attorney General Kamala Harris, accusing her of seizing Simone’s estate from her family and “giving it to white people.”

She accused Harris of separating the family from their heritage and their family rights to Simone’s estate.

After all that, then Harris had a famous Nina Simone song as part of her swearing-in festivities, her granddaughter ranted, which Kelly felt was deliberate.

What Kelly is referencing is Harris’ part in 2016 decision against her mother’s handling of the estate.

A 2016 settlement regarding the Nina Simone Charitable Trust refers to Harris multiple times for her “primary responsibility for supervising charitable trusts in California” as state attorney general.

Lisa Simone Kelly, ReAnna’s mother, was removed as the estate administrator as a result.

The family obviously believes that was wrongly decided

Grandson Alexander Simone didn’t clarify who was actually administering the estate now, but said that what happened was very hard on the family.

“Nothing comes back to us,” he explained. “Nothing, no recognition. We kind of get overlooked. It’s sad, but it’s been happening so long that we’ve learned to live around it. Everybody else is benefiting off our family name, and nothing was really coming to the family.”

“As far as royalties or anything that has to be done, it doesn’t come back to us. It goes directly to the estate. It’s hard sometimes to fight a battle that they tried to make. It shouldn’t be a battle at all.”

Lisa Simone Kelly said on Instagram that she was limited in what she could say, but she said she agreed with her daughter, “THE TRUTH SHALL SET YOU FREE.”