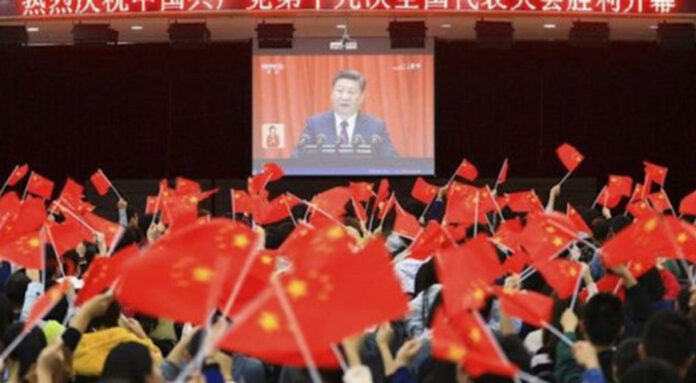 If you listen to the liberals long enough, they’ll make socialism and communism sound like a welcome change. However, it’s important to take a close look at why we don’t want to turn out anything like China.

A former lawyer in China was recently sentenced to four years in prison. Her crime? Reporting on the truth.

The lawyer, Zhang Zhan, was responsible for reporting on the early stage of the coronavirus outbreak. The Chinese court decided that was worth being locked away for four years because, quote, she was responsible for “picking fights and provoking trouble.”

Think about this for a moment – the Pudong New Area People’s Court within Shanghai decided that she needed to be jailed for four years following accusations of spreading false information as well as “maliciously manipulating” the outbreak of COVID.

If the United States can stay as far away from the way that China runs its justice system, we’ll all be better off. We’re already starting to have media outlets label things as false. How long before we start locking people up for that false information? Further, who is going to be responsible for determining what is true and what is false?

Zhang Zhan’s lawyer confirmed the sentence but identified that it was “inconvenient” to provide the details. That sounds like an interesting word – which usually means that a partial gag order was issued by the courts.

This is what China does. They silence people who tell the truth. The government operates in a way that they deem is appropriate – and if anyone opens their mouth to shed light on what’s really going on, they’re made to look as though they have lied.

The only thing that Zhang Zhan is really guilty of is reporting on the truth as she views it. What is it that she could have possibly said about COVID that would be seen as “maliciously manipulating” it? The virus did kill millions and rip across the globe in epic proportions. And China is to blame for the whole thing, regardless of how the World Health Organization wants to make them look like heroes.

Zhang traveled to Wuhan and reported on social media platforms what she witnessed. She discussed the outbreak and how it is believed to have emerged late last year. This is “inconvenient” for China, though, because they want to pretend as though it didn’t. They want to say that they shared the news as soon as they knew anything. The reality is that they sat on the information for months, hoping that it would go away.

The way in which China handled the sentencing of this lawyer proves that we don’t want to be like them. Socialism is the stepping stone to communism. The Communist Party of China is responsible for controlling the media. They deem what needs to be shared with citizens and “rumor-mongering” is not to be tolerated.

Think about what goes on each and every day in the United States. We have freedom of speech. We speak what’s on our minds and we voice our concerns. It’s what makes us the democracy that we are. Meanwhile, there are actually those in Congress who believe that the country would be better off if we become a socialist country.