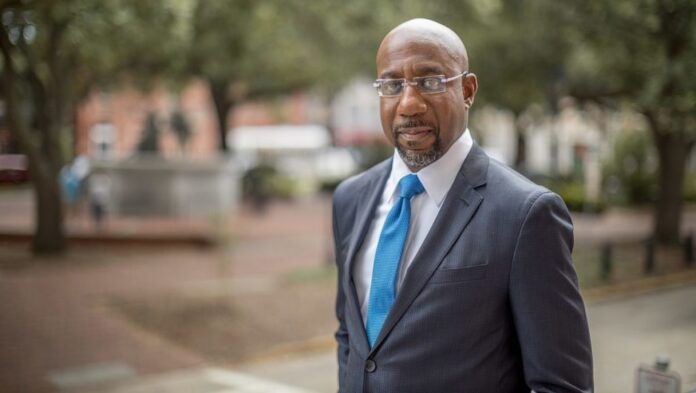 Next week, as you well know, hosts one of the most critical elections of our time: the Georgia Senate runoffs. Should the political left win, the outcome would give the Senate a dead tie in the majority on most issues, giving the Democratic and very liberal soon to be Vice President Kamala Harris the final say. And we all know how that will go.

And that’s precisely why, in this final hour, we put all the cards on the table, making sure the public is well aware of exactly who they would be putting into office.

On the one hand, we have incumbent Republican Senator Kelly Loeffler, who has already proved to be an asset to the American people.

On the other, we have Reverend Raphael Warnock, a liberal leader who opposes the Second Amendment, has it out for the nation of Israel, and has proclaimed himself to be a fan of both communist dictators and leaders of the radical and dangerous Nation of Islam.

And while those connections should be enough to ward off any affection from the American people, the man has other problems, including the alleged domestic violence against his wife and now the involvement in a church camp that allowed the abuse of children and teens.

According to the Washington Free Beacon, Warnock once presided over Camp Farthest Out as part of his duties as senior pastor at the Douglas Memorial Community Church in Baltimore, Maryland. At the outset, the camp appeared to be your typical summer church camp, where kids come to learn about Christ while getting to make new friends and camp out for several weeks during the summer months.

However, behind closed doors, and not very tightly shut ones at that, the camp allowed for much more sinister and disturbing events to unfold.

Anthony Washington, now 30 years old, was one of five children claiming that some sort of abuse happened to him at Warnock’s camp. Washington was sent to the camp, along with his sister, in 2002 after his family has recently moved to the area from California. He told the Beacon that his mother believed it would be a good opportunity for her children to make new friends before starting the school year in a new place.

But that’s not the experience that 12-year-old Anthony got from the camp.

Washington told the Free Beacon that it the first time he had ever spent any real time away from his mother, and doing it in a new place was a little daunting at the time. Too afraid to get in the night to go to the bathroom, young Washington wet his bed at camp.

But instead of consoling the young man, changing sheets, or even encouraging him to change his clothes, the camp counselors forced him to leave the warm confines of the cabin to sleep outside.

Yes, you read that right. According to Washington, counselors practically pushed him out the cabin door that was quickly locked from the inside so he could not get back in.

He said, “I’m like, ‘Hell no I’m not, it’s cold out there…’ (The counselors) wouldn’t let me in the house, not at all. …Shut the door to the cabin, locked it… It was dark. There wasn’t nothing out there but the basketball court. I ain’t never experienced nothing like that. Like, you’re not in a tent, you’re not in nothing. You’re just out, God knows where.”

Washington said that things got even worse later.

After spending the night on the cold, hard basketball court, Washington says that several camp counselors dumped a bucket of urine all over him. Apparently, the bucket was used by campers who didn’t have close access to a restroom where they were staying. And for some not-so apparent reason, they decided it would be a good idea to douse young Washington with this.

Naturally, when he got the chance, Washington told his mother of his experiences, and she promptly brought the matter to the police, who then began an investigation.

However, Warnock made it nearly impossible for state troopers to conduct their interviews. In fact, he was so disruptive to the investigation that he was arrested for “hindering and obstructing.”

Naturally, the slimy Warnock somehow got the court to drop those charges, and the case was eventually “settled out of court” and “dismissed ‘with prejudice’ in May 2005.

Now, Warnock may have had little to do with the abuse itself. However, in no way, shape, or form should he have ever stood against Washington and his right for justice, especially if such things were going on under his nose.

And that is precisely why Washington says, “I don’t think nobody like (Warnock) should be running for damn Senate nowhere, running a camp like that. He should not be running for government.”