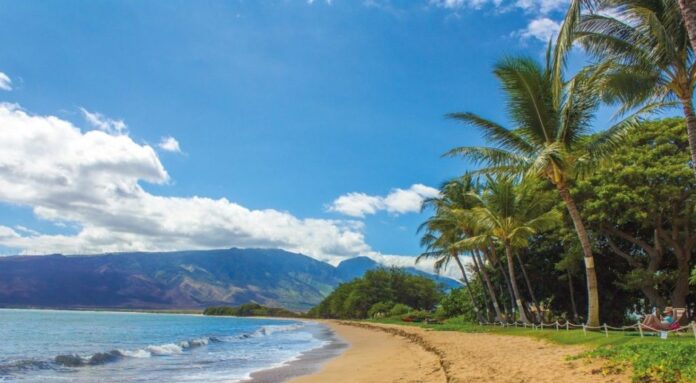 The Democrats have taken over Washington DC. As many look for intelligent life across Washington DC, the only thing visible is the hypocrisies of Pelosi, Schumer, and other loud-mouthed liberals.

It seems that the only intelligent life may be far, far away from Washington DC.

Reports have been coming through that a UFO was spotted in Oahu, Hawaii. Now that the U.S. military has confirmed that the Navy has seen UFOs on more than one occasion, it appears that there may actually be signs of intelligent life – just much higher than we ever expected.

Two UFOs were potentially spotted flying over Hawaii. Quite a few people on the island witnessed a large blue object that raced across the sky. Then, it was seen crashing into the ocean. According to witnesses, the crash never made a sound.

With so many witnesses across the island of Oahu saying that they witnessed the same thing, it begs the question of whether it really was a UFO.

If there is a sign of intelligent life up there, it’s clear that it’s not going to touch down anywhere near Washington DC. E.T. will most certainly want to have a chat with someone of equal intelligence. Biden would stutter over himself and Kamala Harris would be too focused on making sure that her first name was being pronounced properly.

Those who saw the strange object in the skies of Hawaii claim that it’s larger than a telephone pole. One woman, known as Moriah, said she tracked it for about three miles to determine what it was or where it was headed.

Incredible Blue UFO spotted in Hawaii that the FAA confirmed was not a known aircraft of any kind. Amazing stuff pic.twitter.com/4wYOqEP4qk

The FAA has already confirmed that the blue UFO was not a known aircraft of any kind. So, there goes any dismissed conspiracy theories that it was a plane being tested by the military.

As Democrats take over the White House, there’s likely to be a lot of talk about whether Space Force should get the funding that was promised to President Trump. With Biden confirmed and a majority of Dems taking over both the House and the Senate, it wouldn’t be surprising if they decided to deflate the new military branch before it has a chance to truly take off.

However, that would be a bad move. With multiple calls to 911 coming in from Hawaiian residents, it’s clear that they saw something. If it is a UFO and it is a sign that they want to make contact, we’re going to need Space Force.

The Democrats don’t often think rationally. They’d cut the funding for Space Force just to spite Trump – even though it may be the branch of the military that we need more than ever right now.

After the one blue light that people reported crashed into the ocean, a white light passed over, coming from the same direction. It didn’t crash, though. Instead, it sped off and disappeared into the night.

So, was something found in the water? Did the lights ever return? The Honolulu police have said that they have no additional information about the mystery blue and white objects that were reported.

So, with the FAA saying that they don’t have reports of aircraft accidents or incidents, the entire sighting is up for interpretation. Did people actually see a UFO or is it that people are hoping for intelligent life to swoop down from another planet?

It’s clear that we’re not going to see too many signs of intelligent life coming from DC for the next four years. Schumer’s already figuring out how much money he can spend and Pelosi has a smile as big as the Cheshire cat.

Hawaiians might have the right idea. Let’s keep staring up at the stars in hope of intelligent life coming to find us. Maybe, then, we can get the guidance we need to clear up so many problems that are plaguing the country.