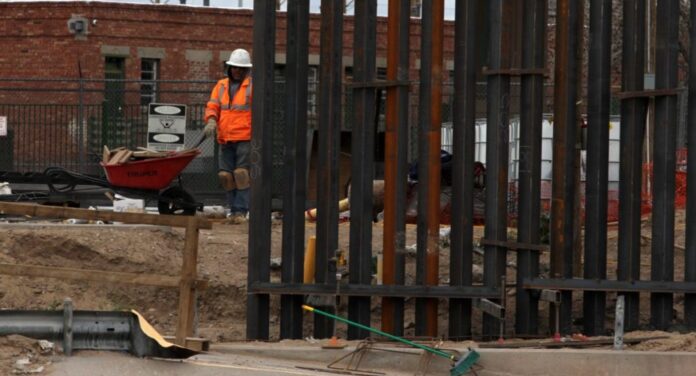 The success that the evil mainstream media are deliberately ignoring President Trump. The border wall was a significant topic early on in his first term. But ever since his last court battle, the media has chosen to ignore the wall’s progress. The Trump administration pointed out they have built 450 miles of the border wall.

The border wall was a significant promise that President Trump made when he was campaigning in 2016. It looks like over 350 more miles are ready to be built since it has funding already. Mark Morgan, who is the Acting Customs and Border Protection Commissioner, stated that “This isn’t just a remarkable achievement; I think it’s a historic accomplishment for many factors.”

The president promised that by the end of the 2020 year there would be 450 miles would be finished. This means that he would see to it to have 350 miles built in just one year since there was already miles constructed. Some people were skeptical of the goal, but as the president has proven repeatedly, nothing is impossible if things are in place.

Morgan went on to say that “We were challenged and a lot of people didn’t think we were going to be able to get it done.” This is precisely what the liberals thought about the development of the vaccine. But by the end of the pandemic, the vaccine was being pumped into arms around the country.

The new wall is an amazing piece of technology as it limits what people can do to try and get over it. The wall pieces are over 30 feet tall and have cameras and anti-climbing technology. It is a significant upgrade from what was previously used.

Morgan mentioned that the president was involved in the process. He stated that “He actually listened and heard from the experts, from the folks on the border, on the frontlines of America’s borders every single day, who are risking and sacrificing so much. He didn’t just hear them, he listened to them, he spent time with them, traveled down to the border, learned about the border, heard from them.”

The president and Congress signed a bill that funded 800 miles of wall to be constructed. And 450 miles of that amount has been completed. 350 more miles are set to be installed. Morgan showed this by saying, “So in addition to the 450 that we’ve already got on the ground, we’ve got funded 350 miles of wall system to go in the ground. The overwhelming amount of those miles, that funding, the contracts have already been awarded.”

Joe Biden has already stated that “there will not be another foot of wall constructed on my administration.” His hatred and desire to undo everything that President Trump has done for America is going to cost more to walk away from than it would be just to finish the wall.

Thousands of people will lose their jobs, and billions of dollars will be lost because of Biden’s selfishness. The Democrats want to change the way that the country handles immigration dramatically. They want to make the border an open door for illegals to come on across. But he is going to find that it will not be as easy as he thinks.

President Trump built the wall, which helped to slow the number of people coming across the border. People’s processing has slowed to the point that it is manageable for the existing establishment to handle. But Biden seeks to change it all back and to let the system clog up again.

The Democrats seek to bog things down in America to the point that the next president will have to spend four years fixing their errors. Susan Rice is a policy advisor, and she stated that “Processing capacity at the border is not like a light that you can just switch on and off.  Migrants and asylum seekers absolutely should not believe those in the region peddling the idea that the border will suddenly be fully open to process everyone on Day 1. It will not.”

The wall is going to be the one thing that will protect America for years to come. The promise to secure America is realized and will continue to be for a long time. President Trump is honest and is a man of his word. Something that people want to see in their president.