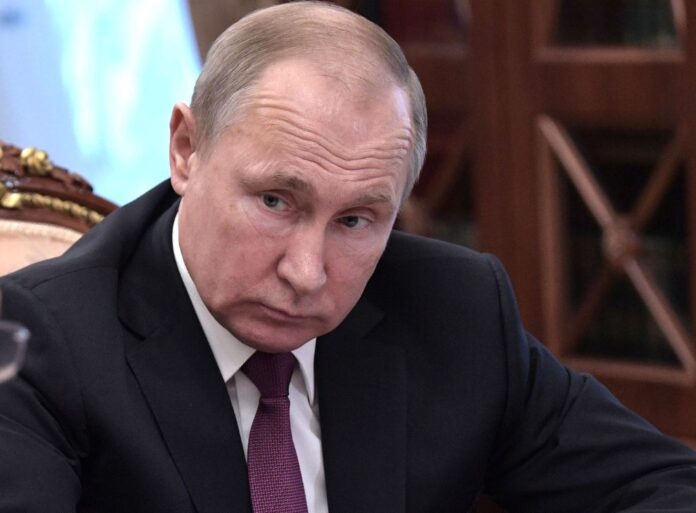 There is no denying that Vladimir Putin controls Russia. On August 9, 1999, then-president Boris Yeltsin appointed Putin as acting Prime Minister and he’s never left. As a former KGB operative, the much younger Putin had enough of the right contacts in the right places to secure his future. Putin has remained in the roles of Prime Minister or President for over two decades. And he continues to rule the roost.

When opposition leader Alexei Navalny started rolling and picking up moss, Putin had him under his watchful eye. When his base of supporters skyrocketed to an uncomfortable number he knew something had to be done about it. And it was. Putin’s secretive henchmen poisoned Navalny but were unsuccessful in putting him down for good.

Since the guy refuses to die an unhonorable death, other measures are now being taken. Going on the premise that Navalny’s band of insurgents aren’t as openly brazen as he is, a Moscow court is expected to go after them. They plan on making it illegal to gather in support of their cause, punishable by whatever the court determines gruesome enough to stop them.

There’s a crucial election coming up in September so Putin put his guys on the job post-haste. “Time’s a-wasting, comrades. Silence the infidels.”

The court plans on designating Navalny’s Foundation for Fighting Corruption as an extremist group. With regional offices spread throughout Russia, he and his growing network need to be gagged once and for all. Russia’s legal system is noted for being rather intense when the big guy orders it to be. To not obey Putins’ wishes might cause undue hardship for the judges and prosecutors. Might…

Shutting down the group’s offices isn’t enough. To make certain the group doesn’t recruit any new members, they plan on making examples out of Navalny’s current followers. Anyone who has dared to work for the group, donated money to their cause, or even passed out flyers from a street corner, could be headed to the big house for a long time. Out of sight, out of mind.

Navalny’s organization, though the largest opposition group of its type, is not the only one. Others opposed to Putin are making their own splash and you can bet they aren’t being overlooked. Putin is driving a steamroller over all of them. Every opposition group is going to be shut down and its known members arrested. There’s more than one way to openly rig an election.

Ivan Pavlov, the case’s head defense attorney, isn’t expecting to walk out of court with a win. The court rejected Navalny’s appeal to allow him to attend via video from his jail cell where he is serving two and a half years on a fabricated unrelated charge. “There is no talk about the equal representation of the parties in the case,” he said.

Navalny’s organization has been in business for 10 years but kept a much lower profile until recently. They produced videos that targeted government corruption and the guilty high-ranking officials. The videos were so widely viewed that one of them received over 117 million unique hits on YouTube alone.

Though the group is now seen marching in public, they haven’t stopped with the videos. The latest one reveals how Putin’s mansion resting blissfully on the shores on the Black Sea was bought and paid for via a corruption scheme of elaborate proportions. The Kremlin says it ain’t so but who would you rather believe?

Because several of Navalny’s associates have expressed an interest in running against Putin in September, he created another law. This one says that anyone who has ever had an association with any opposition group deemed as extremists is barred from running for office. That shot was heard all around Russia.

Don’t plan on Putin going anywhere until he decides to go somewhere. On a positive note, this ought to make every red-blooded American feel much better about our own election system, which granted is terrible, but it pales in comparison to Russia.